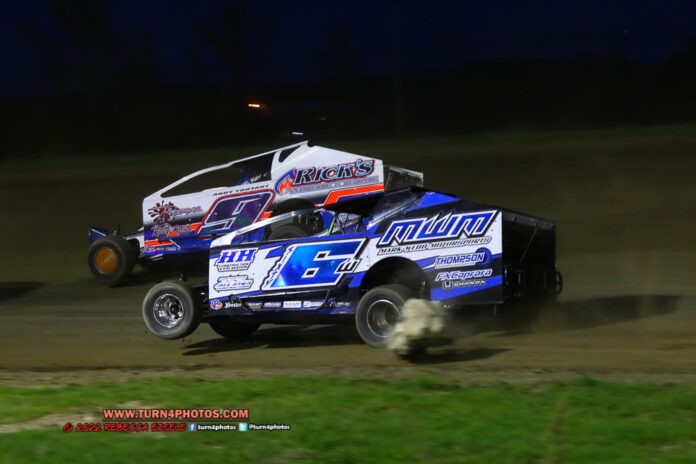 LAFARGEVILLE, NY-Racing action is back at the Can Am Speedway Friday night with six classes of racing as the FABCO DIRTcar Pro Stocks are back after a few weeks away due to weather and scheduling.

Last week A pair of first time winners graced victory lane. In the Whitesboro Plow Shop DIRTcar 358 Modifieds Derek Webb took the lead late from Jack Meeks and held on for his first career DIRTcar 358 Modified win. Webb became the 111th different Modified winner in the history of the speedway, in the 830th event in the division.

Logan Crisafulli had been shut out of victory lane all season in the Panther Frameworx 602 Crate Sprints until last weekend. Crisafulli held off a late charge from Sydenham Ontario’s Luke Stewart to claim his first ever win.

Owen Nier won the battle of the Nier family in the Donath Motorworx Limited Sportsman last week. Owen held off Keegan Nier to become the division’s first two time winner on the year.

The Marsha Gibbons TLC Real Estate Thundercars saw another driver win in their first start of the season. Jock Symonds would come from the back of the field and hold off current points leader Joe Orvis to score his first win of the season. Orvis settled for second for a third straight week, but still holds a comfortable point lead, heading into this weekend.

Racing gets underway at Can Am at 7pm this coming Friday and for those who can’t make it in person, be sure to tune in to Dirt Track Digest TV so you don’t miss a moment of the action. 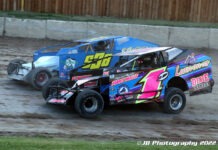