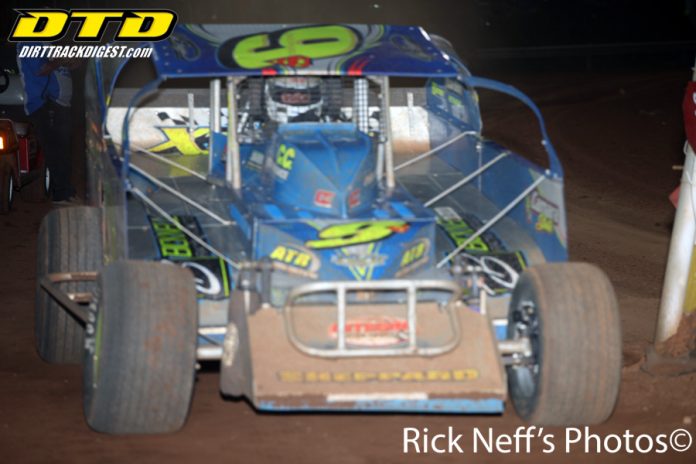 Matt Sheppard continued his magical season during the final night of the 2016 World Finals at The Dirt Track at Charlotte. The Waterloo, N.Y., driver came into the weekend event without ever reaching Victory Lane at the facility. He remedied that problem by winning both 40-lap features to cap off his run to the Super DIRTcar Series championship.

Saturday night’s romp to the checkers was much different than his Friday night triumph. Sheppard started on the outside of the fourth row. He worked the entire race to catch the top two of Justin Haers and Pat Ward. It was unlike Friday’s win where he conserved as much tire as he could after starting on the pole. It was his career best 29th win of 2016 and record setting 12th with the series.

“It was nice to get the win last night, but the way we did it tonight was special,” said Sheppard. “The track was super racey. You could run all over it. To start eighth and come on like we did at the end puts an exclamation point on to our season.”

Sheppard was forced to move around the surface on that racey surface to find the quickest lane for his Bicknell. The competitors in front of him who were skating around to different lanes, but once Sheppard found his line he remained consistent on the bottom. That allowed him to move forward and finally make his move on lap 36 for the lead.


“I felt pretty good there,” stated Sheppard about running the bottom. “I just felt like I needed the track to slow down a little bit. I feel like everyone else was slowing down and I really wasn’t. That was the key to it.”

The season is virtually over now for Sheppard. He has the opportunity to hit up a couple more shows but at this point he just isn’t sure. Although he seemed inclined to keep the season going, especially since he’s been nearly unstoppable whenever he’s in the field.

“You just got to work at it, you know what I mean,” he said. “In the shop during the week it’s just me. I can’t afford to hire someone to work with me. There were some busy times. We all work our butts off to make sure we can bring the best piece we can every night. It paid off.”

2016 is going to be difficult to top for Sheppard, but if you know anything about Sheppard you know there is no quit. He strives to win and he’ll do everything he can to make sure that happens in 2017 and beyond. 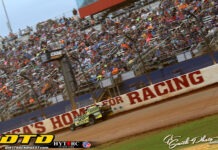 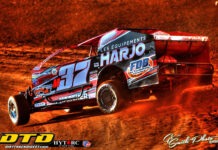 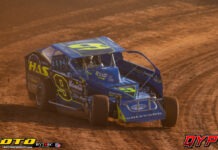