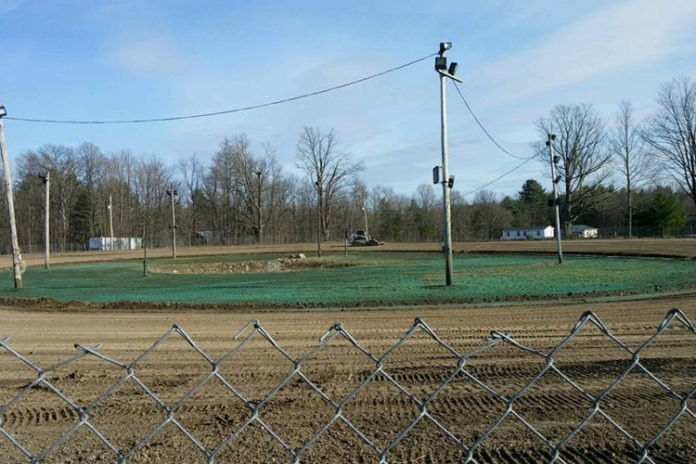 During the off-season leading into the 2016 season Todd Moran and his team at Moran Racing Products were offered an opportunity to take the reins of the Caroga Creek Speedway in Ephrata, N.Y. Moran had zero prior promoting experience meaning he was taking a gamble on himself and the facility, but it was it was a gamble that Moran had to take. Caroga Creek is the closest track to his business and if he wanted that to succeed he needed the track to do well. Prior to his takeover, it hadn’t. The track had suffered through numerous promoters over the past few years and was nearly closed for good. Moran was able to work out an agreement with the ownership group which was led by Gary Bishop to lease the facility for the season.

The risk ended up paying off with a huge reward. His first season at the helm was overwhelmingly successful. The facility averaged nearly 70 karts a week and their biggest event, the NYDKS (New York Dirt Kart Series), brought in an impressive 244 karts along with a solid front gate crowd of over 500 people.

“I’ve never been a promoter but I’ve been very fortunate to travel all over the country racing go karts,” commented Moran. “We took a little bit of good from every track and tried to implement that at Caroga Creek. We thought it would excel and thankfully it did.”


As he stated, those experiences allowed Moran and company take a different approach to how they run the facility. They instituted a different type of pay structure while also looking at different ways to make the facility profitable. They lowered the pit gate fees to $10 and they pay back 80 percent of all $20 entry fees collected on a night. That is not a common theme in kart racing.

“I didn’t want to make a profit on the entry fees,” stated Moran. “Our profit is based on concessions, pit passes and sales through MRP. There are other ways to make money besides adding more fees.”

One of the first things that Moran and his team did when they got their hands on the facility was make improvements. This included refurbishing the concession stands, repairing fencing, adding new billboards and adding hay bales in place of the old tires that had surrounded the speedway. “We gutted the whole facility,” said Moran. “We repaired or replaced the chain link fence. We took 1400 tires that had lined the track out of the facility and replaced them with hay bales. We’ve added billboards and made changes to the parking areas. We wanted to make the place look sharp. It took some time but we were able get a lot of things done.”

Heading into the coming season, Moran plans to make changes to the organization in the parking areas while also improving the lighting on the track and in the pits.

Once the facility was ready, Moran made a decision that helped the track earn instant credibility. Rather than run the show himself, Moran elected to hire a race director to oversee the nightly racing events. He didn’t want to risk having people think that he was giving special favors for his MRP customers.

“We didn’t want to have the appearance of any favoritism at the track,” mentioned Moran. “We wanted to prove to everyone that we offer a level playing field for everyone in the industry. I grew up in this sport and it was fun and it was fair. That’s how we want things to be at Caroga Creek.”

Even though 2016 proved to be a success both on and off the track, Moran already has a lot of things he wants to improve upon for the 2017 season. He knows in order to keep things heading in the right direction you need to constantly make changes and evolve.

“I think there are definitely some things we can improve,” said Moran. “We want to do more in depth tech to keep a level playing field. We also want to improve the track surface. It was okay at times throughout the summer but I don’t think we got it right until the end of the year. It was phenomenal. We going to add to that and try to make it more consistent this year.”

He continued, “One other area we are going to focus on is making sure we are better at starting on time. We run an efficient show but had some issues with getting going on time. I always feel like we can do things better.” Another area where Moran hopes to improve is the speedway’s donation to The Melodies Center for Childhood Cancer and Blood Disorders at Albany-Medical Center. The goal last season was $2,000 and thanks to the generosity of those at the speedway they donated $3,620.

“It was an honor to be able to work with everyone at Albany-Medical Center,” he commented. “We had a goal and more than met it. We are already working out the details of how we can work with them again this year.”

Moran’s first season at Caroga Creek officially comes to a close this coming Saturday (2/11) at the banquet. Moran has plans to hold an open forum once the ceremony is concluded in order to get thoughts from teams as to what they’d like to see moving forward with the 2017 season.

Racing at the speedway will begin in early April and this season, rather than leasing the track he reached an agreement with the former owners and he has purchased the facility. Moran admitted that the track success definitely paid off for his small shop. He’s having one of his best winters ever as they build kart chassis’, parts as well as engines. They do it all.

“At MRP we’ve expanded and we are growing fast,” he said. “We do all of our own stuff. We manufacture our own fiberglass bodies and seats. We make our own nerf bars, spindles and chassis’. We do our own motor program as well with Jeff Ferguson. We do our own clutching. We started out building chassis’ in 2012 and now we see 10 to 15% growth each year.” Part of that growth has come from the success of the Chase Chassis that the company builds. Last season the team took top honors with Ryan Swartz in the Kevin Ward Jr. Memorial race at Frozen Ocean Speedway and more recently they earned a top five finish during the Gambler’s Classic for karts with driver Ryan Kendall.

“We have a lot of pride being able to compete at the level we are competing at,” mentioned Moran. “We do our own motor and tire programs. We do it all ourselves. We are able to compete with some of the biggest manufacturers in the country out of our small shop in my basement.” For 2017 MRP has a growing list of Senior drivers supported by the organization including Matt Chavis, Jeremy Slosek, Ryan Swartz, Alyssa Swartz and Chase Moran in the Junior division.

Based on the indicators, MRP has a bright future ahead at Caroga Creek Speedway was well as in the karting business. 2016 was just the beginning.