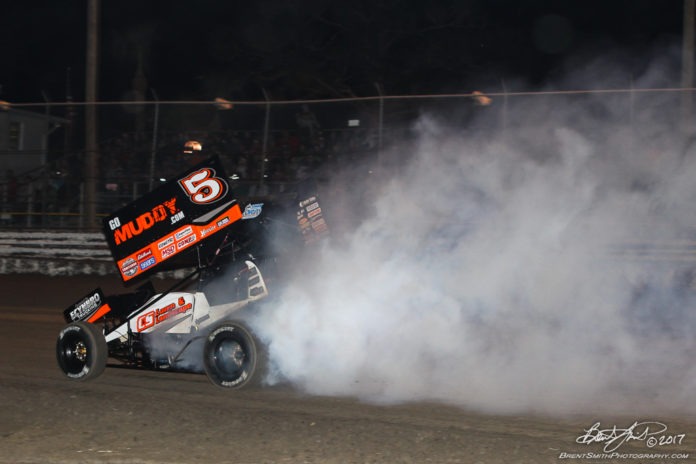 David Gravel has been fast right out of the box this season.

The past two nights at Volusia Speedway Park he has been second quick among the top runners of the Outlaws and All Stars.  However, the team is facing a serious problem and the year hasn’t kicked off the way any one of them could imagine.

In 80 races there never had to be an engine change during the night.  That streak ended abruptly on Thursday as right after his time trial he was pushed to the pits where an engine change was initiated. He came back to win the All Star feature.

Friday was a nightmare as once again after time trials he was pushed off to the pits immediately and the second engine change in 24 hours was underway.  In the second heat he was leading the race with two laps to go when a huge plume of white smoke accompanied by a burst of flames burned up the second engine of the night.


In went engine number three and starting on the pole he finished second to Shane Stewart in the B-Main. Coming down the front stretch after the checker the car coasted to the infield and he was pushed yet once again to the pits.

He started at the tail end of the feature, probably for points, as he had blown his third engine in less than 26 hours.

Talking to folks with the team it was noted that they are out of motors and flew a crew member back to the home base of Carlisle, Pennsylvania to bring back two more motors for the remaining two nights of racing at Volusia County.

The gremlins have come to haunt the CJB Motorsports team as it commences the 2017 season.

Losing three engines right out of the box is not the way any race team wants to start its season.