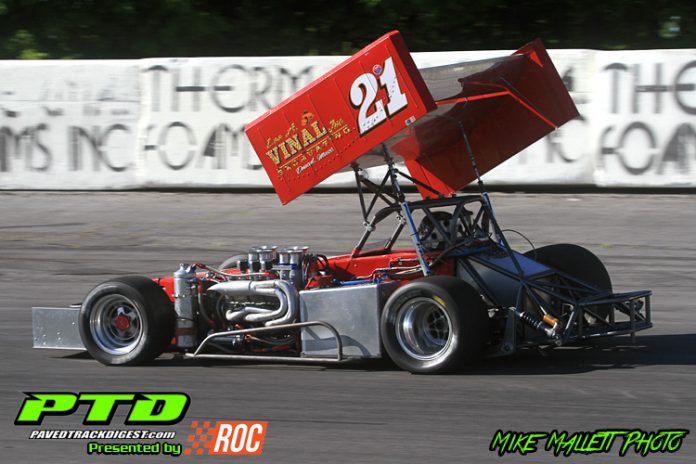 Jon McKennedy put on some miles over the weekend as the Chlemsford, Mass., driver competed on Friday night at the Stafford Speedway with the Exit Realty Modified Touring Series before make his way to the western part of New York on Saturday for a go at the Lancaster National Speedway with the International Supermodified Association (ISMA).

After many miles on the road and behind the wheel of two vastly different racecars, McKennedy had a lot to be proud of. The 30-year-old pilot picked up the win at Stafford while snaring the final spot on the podium on Saturday night in the Supermodified. The weekend couldn’t have went much better.

“This has been a real good weekend for us,” mentioned McKennedy after Saturday’s third place finish. “We came out last night with the big win with some real stiff competition there at the Stafford Speedway so that was nice. Tonight, first time ever seeing the place, it’s a cool little track, nice facility, awesome fans and a great crowd. We had a solid top three finish. Those last few laps the car really came on. I was able to close up to the top two. I thought we were going to get second there for a lap or two. It was still a great run with a new team, basically new car so second race with a solid run is good. We got some stuff for the notebook and we’ll go on to the next race.”

McKennedy has run both divisions successfully the last several seasons. He’s been running the Modified on a regular basis the last five years while the Supermodified has seen sporadic action the last six or seven years. This season he’s got over 30 races planned between the two divisions. Some drivers have struggled trying to make the jump back and forth, but as he demonstrated this weekend, he’s up to the challenge.