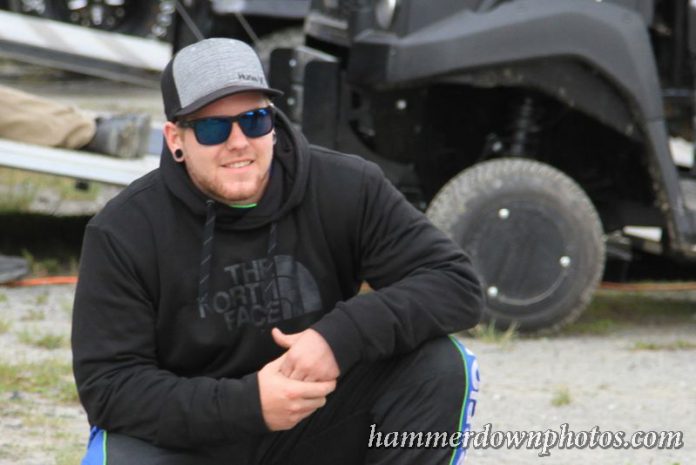 Wingless Sprint Car racing is common in Indiana and every year throngs of fans flock to Eastern Storm as the USAC 410’s invade Pennsylvania in early June.

Well, this Sunday Central New York fans will get a taste of 360 wingless action in a unique show scheduled at the Weedsport Speedway.

Promoter Jimmy Phelps indicated he is quite excited over the show and isn’t completely sure what to expect. However, as it turns out this will be the first show of the season at the Taj Mahal of Racing.

What should fan expect?  What is necessary to take a winged 360, which the majority of drivers reside in basically full time during the racing season and make them into a wingless ride?

Coleman Gulick can speak with some expertise about the differences and what is necessary to make this type of show work for the drivers and fans.

Gulick started racing in Central New York, but moved to the Midwest to go wingless racing when he was a teenager.

The veteran driver, who has become a regular on the 360 winged scene, said, “I raced 410 Sprints in Indiana for five years from 14 to 19 years of age. I had about 13 wins and it has been a while since I have been in a wingless car.”

Looking ahead to Weedsport he said, “Because it has been so long since I’ve been in a wingless car if I said I wasn’t nervous I would be lying.”

There are differences in not only the cars and prep, but also the surfaces that provide for a good wingless show.

Looking at the mechanical aspects, Gulick said, “The front axle is the biggest change from a wing to non-wing with fifty inches in a wing versus 53 inches for a non. Obviously the set up is different having no wing to hold the car down. Non winged cars are slower because you don’t carry as much speed in, but you also don’t have the wing to help you through the corners. As a driver, the timing of when to turn is quite different as the setup on the car is way different.”

Asked about difficulties in driving he said, “The only thing that will be difficult for the ones taking the wing off for the first time is getting into the corners. You can’t drive the car as straight and you have to set the car early compared to a winged car.”

Continuing he explained, “I think jumping from a wing to non is easier than non wing to wing because you are already used to going fast and when you take the wing off it slows it down even more.”

Looking at the Weedsport facility, Gulick said, “I like Weedsport because of one and two being a lot different then three and four. So it will make for good racing.”

Winged racing is the norm in Central New York and for that matter the majority of the country.

Gulick expressed his thoughts by saying, “I think non wing isn’t as popular because it’s more difficult to handle and they are more dangerous. You don’t have the wing holding you down. However, I think the fans love the non wing cars, but there are not that many drivers that want to take the wing off.”

Looking at the track surface the veteran driver said, “The track has to be good for a non wing car. It can’t be dead slick bottom to top. It needs at least a little cushion and a bottom. I hope Weedsport knows that because you can only do so much on a slick track and with no wing you can hustle the car on a track that has grip and that’s where it separates the men from the boys.”

Sunday night if fans want to see something simply unique to Central New York the wings will come off the Sprints and the Weedsport Speedway will be the setting for the first major show of this nature in the area.