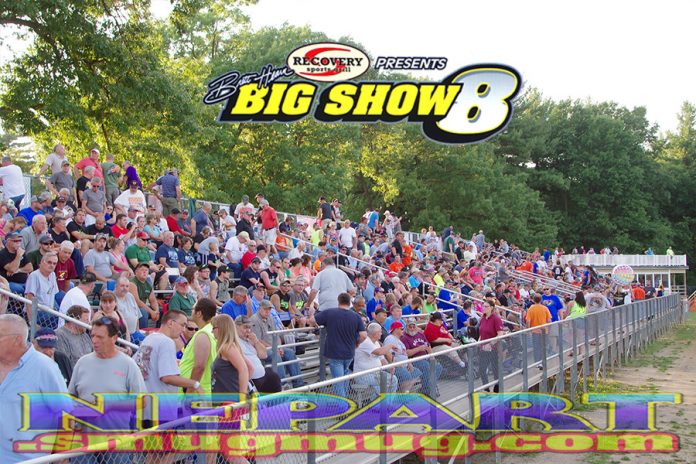 SPRAKERS, NY – After what has been a tumultuous day for the fans and supporters of the Albany-Saratoga Speedway in Malta, New York, Mr. Tim Dunn broke his silence and issued the following statement on his Facebook page;

“I’d like to clarify yet again, I’m not aware of anyone in Malta Town government trying to “shut down” the Speedway, myself included. There were a litany of complaints regarding noise received last week and after reviewing a great deal of paperwork that failed to provide much clarity, I asked to have a discussion on Monday night. My goal is to run through the open questions so we’re all working from the same place and have the same understanding of the facts. If you read back through my posts, you’ll see that.

Discussing issues and concerns in a public forum is about the most American ideal we have. Whether you love the Speedway or don’t, I encourage all Malta residents to join us on Monday for an informed discussion.”

However vague some of Mr. Dunn’s previous posts have been – coupled with the ominous sign hung on the pit board on Friday night at Albany-Saratoga – the fog has been lifted as to the true intent of the Town Board thus leaving those who indelibly care about the future of the speedway breathing a little easier on Saturday night.


Whether this post is to be truly believed, given the past history of the town and the speedway over noise complaints and other issues, at the very least Councilman Dunn came forward and respectfully – and thoroughly – explained his position removing the assumptions of the racing faithful. For that he is to be commended.

For those who have constructive questions or concerns, Mr. Dunn concluded his post by adding that “I’m always interested to hear from you on Facebook or via email at timdunnformalta@gmail.com.”

The Town of Malta meeting concerning the noise complaints from the Albany-Saratoga Speedway is scheduled for this Monday, July 10th at the Malta Town Hall. The meeting is slated to begin at 6:00 PM.

Matt Noles is a contributing writer for Dirt Track Digest, Racer’s Guide and Speedway Illustrated. He can be reached via e-mail at matt_noles@yahoo.com.