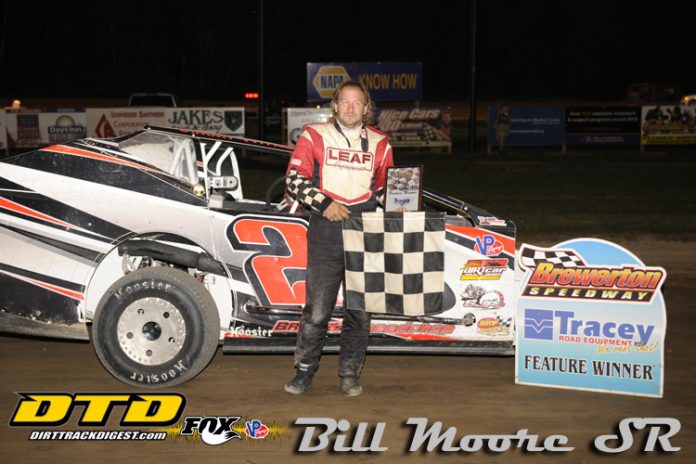 Jim Witko is one of the nice guys. The Clarkes Summit, Pa., driver makes the trek each week up Interstate 81 to compete at both the Brewerton and Fulton Speedways in Central New York. Witko, who has only his wife Barb to help him, is a true throwback. He’s a low buck racer that simply loves coming to the track and competing.

“It’s the best, the best to win here,” said a still excited Witko after the event. “That was a blast. We had a good race out there. I never thought I’d get it. This is the hardest win of my life. This made it all worth it.”

Witko won the race after starting in the pole position. That doesn’t tell the whole story because from the drop of the green right up until the checkered flag, Witko had to earn it. Witko battled hard with Andrew Ferguson for the entire 35-lap feature distance. The pair were never separated by more than a few feet at the line. Some laps it was Ferguson in front, some Witko.


“I was just hoping Andrew (Ferguson) wasn’t going to take the bottom on me,” stated Witko. “He was better on the top down in one and two but I was better on the bottom in three and four. That’s where we were restarting so I stayed down there and figured I’d see what we got.”

Witko got a little luck in the closing laps of the feature. As he and Ferguson battled a car spun causing one final caution. Fortunately for Witko, he was just in front of Ferguson as the leaders crossed the line. This put him at the front for the restart.

“I was alright with that because I was better on restarts,” he cited about the last caution. “I thought I could get a car to a car and a half on him getting into three, especially because we were single file. I had to stop in one and two so I could get a good drive off the bottom and I didn’t want to hit a yuke tire.”

Witko went on to lead the final few circuits to score the much deserved win. It was truly a win for the good guys.