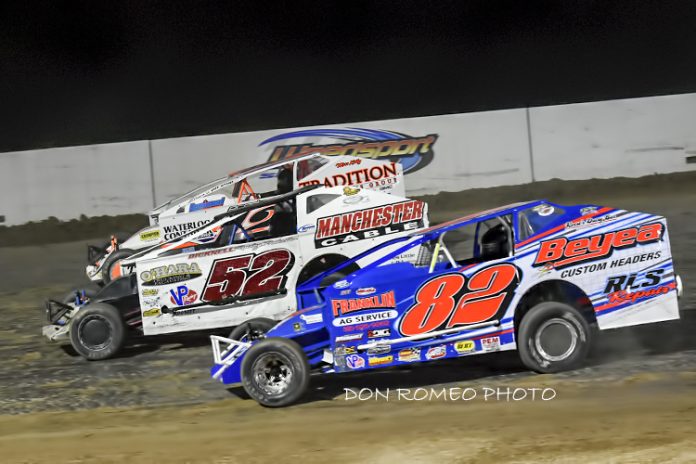 How do you attract fans to a speedway?

Well, some tracks simply provide their fans with the same schedule year in and year out and seem to go by the saying, “If it opens they will come.”

Weedsport Promoter Jimmy Phelps looks at the schedule in a different light.

Certainly there are the expected and usually fan packed Super DIRTcar Series events at the Taj Mahal of Central New York auto racing.


But, Phelps also has done something different.

Recently, there were two shows that were stand alone without big-block Modifieds to highlight the night.

The Ultimate Wingless Challenge and a short time later followed by what is becoming a “must run” major Sportsman race at the track as the wingless sprints and the usual support division for the Modifieds were in the featured spotlight.

Phelps reflected on those two events.

On the Sprint show, which was something very unique to the usual winged 360 and occasional World of Outlaw 410’s, Phelps said, “I thought it was successful. We are looking at it and hopefully it will be bigger and better next year. The weather hurt us a bit, but it was worth scheduling this show.”

He really wasn’t sure what to expect as there has never been a wingless show at Weedsport. Jimmy noted, “Surprisingly, the guys with the least experience didn’t have all that much trouble.”

He admitted there was that brief moment of doubt at what they had scheduled.

In the first hot lap session a car ended up in a tree off of turn one. Jimmy thought “what have I done?”

There was a unique call by the safety crew from the accident scene as they were calling for a chain saw.

Jimmy said, “Fortunately we had one.”

However, as the night progressed the racing got better and better to a point that this show indeed does have a future at Weedsport.

Just a few days after the scheduled show the annual five day Empire Super Sprint Speedweek was on the agenda.

Jimmy said, “We really don’t want to conflict with the Speedweek next year. I really think that this year it cost us some cars.”

Then just a short time later the Sportsman had their very own show, supported by the Mod Lites and Micro sprints.

Sixty-five Sportsman hauled into the pits to compete.

Jimmy said, “This is turning into a great event. It is a real event for the Sportsman drivers and it means something to them.”

Continuing he noted, “The top five put on a real show and we will continue to do our part this make this a special day for the Sportsman division.”

Phelps explained, “I like to see the Sportsman be a featured show. The day is coming when Mods will be running a little less weekly and the Sportsman are definitely a division that is deserving of being a headline division.”

The expense of the big blocks is mounting and Jimmy explained, “The days of running 75 big-block shows a year and the purses that are necessary to maintain the division at its current level are my concerns.”

However, Jimmy Phelps has some ideas that might aid in the future of big-block racing as he explained, “Modified racing is becoming a bit water downed on a weekly basis. I think tracks could be helped if the big-blocks moved more to specials. If Sportsman were the featured division it would allow the big block schedule to be more flexible and we could move races around.”

He is thinking about the future of the division and noted, “Empire Super Sprints have a great model for scheduling. We could run a couple of races a week end and this would guarantee a tougher field of big-block Modifieds. “

He projected examples of say one night at Fonda and the next at Albany-Saratoga, or the combination of Fulton-Brewerton, Weedsport-Fulton and others. Jimmy said, “A promoter could run a one, two or even a three day show. You could do a tour of about 30 races that way. However, DIRTcar would have to be on board with this and a partner.”

Phelps stressed the mounting costs of a big-blocks aren’t necessarily sustainable under the current schedule as 75 racing dates are just too many for the regular racing teams. The tour is the tour, but when the home track schedule is added it does not provide much relief for the teams.

Though he wasn’t critical of the Super DIRTcar and home track schedules if fans look ahead to the next week the SDS teams are running at Eldora in Ohio on Tuesday and Wednesday, make the four hour or so trip to Sharon Speedway in eastern Ohio and then return to the weekly Friday, Saturday and Sunday race tracks before heading to Quebec the following Monday and Tuesday.

It is a tough schedule which is done by a dedicated group of drivers, owners and teams. However, it is getting tougher and tougher to do.

There might be some alternatives in the years ahead and Jimmy Phelps said, “I am more than willing to sit down at the table with people involved to plan for the future.”

However, he doesn’t feel it is something that can be ignored.