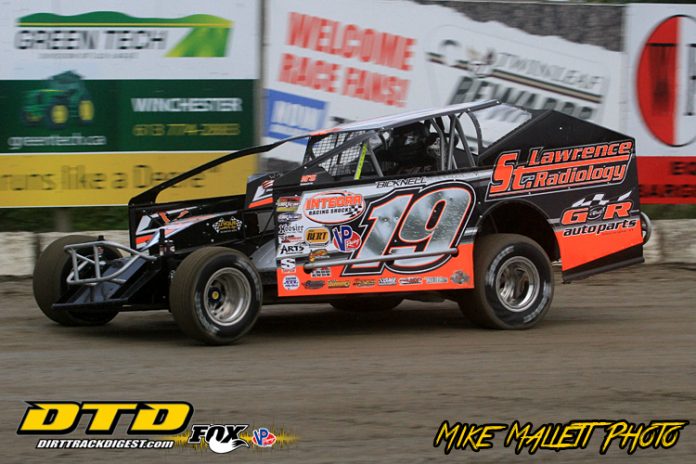 Sometimes it’s all about logistics.  That’s the case for Tim Fuller as a decision was made to change his racing program moving forward.

There have been some grumblings over the past several weeks about a possible shake-up for Fuller and on Monday afternoon Fuller confirmed the change with DirtTrackDigest.com.

Over the 2016-17 off-season it was announced the Fuller was joining forces with Oswego Speedway Supermodified car owner Ray Graham in an effort to help his son Kody make the transition from racing on asphalt to dirt.

Fuller did the best he could to meet the commitment, but as time progressed and the season got rolling, it became evident that it was going to be difficult for Fuller to meet his obligations the way he felt like he should. The challenges of the distance between the two made it difficult.


Then came Fuller’s budding relationship with the Maresca family and the St. Lawrence Radiology racing team. Fuller competes close to home at Mohawk International Raceway with Mike Maresca Jr., as well as on the road at Fonda and Utica-Rome Speedways with the young driver. They also run together on the Super DIRTcar Series.  Couple this with the fact that their hometowns are within a close proximity, it was easy for a relationship to form.

That relationship has now grown into a full blown partnership as Michael Maresca Sr., purchased the Graham equipment to have Fuller join the team full-time moving forward.

“Ray Graham sold everything to Mike Maresca (Sr.),” stated Fuller. “I planned on seeing the Ray Graham Racing thing through. I was helping Mike throughout the winter on and off then parking next to him, just helping him. When the opportunity presented itself Ray and I talked about it and I explained the whole deal to him. We talked some more and he told me it was a great deal logistically wise and everything. That is the beauty of it. They are 25 minutes away. Unfortunately Ray and Kody’s stuff is over two hours away and it made it really tough.”

Before anything changed Fuller made sure Graham was 100 percent behind him.  He wasn’t going to make a “dirty deal” as he put it.

“I couldn’t do what I could do for Michael with Kody logistic wise,” said Fuller. “This works well. I’m in the latter part of my career. I’m on the downhill side of it and this fits perfectly for me. It’s amazing. It was going to be very difficult for Kody and I. In my opinion I couldn’t give them enough bang for their buck. I told Ray that I wasn’t going to do if he wasn’t 100 percent behind me. He told me he got it and that he wanted me to do what’s best for me and my family. To do what makes sense.”

Fuller wanted to make sure that it was understood that there are no issues between the pair as he continues to help when he can.  He regularly talks to the Graham Racing team offering help and suggestions.  He knows he was fortunate in the day and age when good owners are hard to come by that Graham took a chance on him before the Maresca family offered him an opportunity to be a part of their organization.

“The greatest thing that came out of this is that, one, I got another great car owner to replace a great car owner and that Ray and I are still friends,” commented Fuller. “We talk every day, sometimes twice a day. It’s really good. I made friend out of it.”

This new deal work’s best for Fuller as he’s closer to home and able he’s able to fulfill his requirements completely. He’ll continue to park next Maresca as they’ve been doing all-season long as he serves as a veteran presence to the up and comer.  It seems to already be paying dividends as Maresca picked up the big-block Modified win Saturday night at Fonda Speedway while Fuller wrapped up the championship.

Moving forward Fuller’s move doesn’t change anything about his schedule as he’ll continue to mentor the younger Maresca as they finish up their seasons at both Mohawk, Utica-Rome and on the Super DIRTcar Series trail.