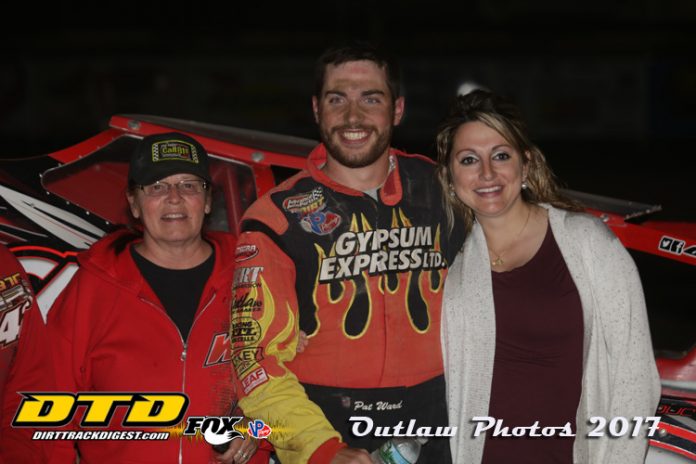 I’m not wired to be idle. I don’t understand what it feels like to not be busy. Friday I went straight to Brewerton Speedway from work. Saturday morning I attended an all day men’s conference, and left to drive directly to Fulton Speedway at the close of the event. Another early rise Sunday and I was off to teach at Community Fellowship in Lincklean, N.Y., then after a short break at home with my wife I left for Utica-Rome Speedway. I realized since returning home from dropping Jon off at college I haven’t had a day off. I think I’ll take the holiday next Monday.

The racing was great all weekend at every track I attended, but in the midst of it I also realized how fast the season has slipped out from under us. There are only a few point shows at my regular tracks. Then we start the big payout events shortly after Labor Day.

By strolling through the pits interacting with teams individually I’ve realized that my world is growing smaller and smaller as people I’ve become acquainted with are related to other people I grew up with. Interaction is the only way to learn more about people. I love that part of my job as a Chaplain.

One of those stories began last year when a very young Sportsman driver entered the “big car” ranks. Charlie Tibbetts Jr. began racing at this level last year. The crowd at Utica Rome went wild watching him drive from 5th place on the grid to win his first ever Dirtcar Sportsman feature Sunday night at just 13 years old. After slipping back to sixth he drove smooth and consistent laps to work his way up to the top spot for the win. The obligatory climb to the roof in victory lane capped off his win. I’m sure many more wins will be added to his resume as his career develops.


Larry Wight came out to help Pat Ward’s effort but decided to unload Pat’s back up car. Pat loaned him a driver’s suit and gear, and Larry drove a hard race to the front by wrestling the lead away from Mike Maresca. Danny Varin put up a fight for the lead just after the half way point, but Larry was able to regain and maintain the lead for the win. This was his first race at Utica Rome in several weeks. Larry was a happy dude in his victory lane interview.

I’ve come to realize social media is creating an anti-social society in more ways than one. Even when people are together they seem to be looking at their smartphones and devices instead of talking with the people around them. When they do decide to talk, their YouTube, Twitter, Facebook shortened attention span won’t usually allow someone addicted to social media to really connect.

I’m guilty too. I’ve been enjoying the cyber world for years, but I balance it out with determined study and recreational reading that requires me to develop deeper comprehensive skills and work on my articulation as I talk about the things I enjoy.

Wouldn’t it be cool if people we’re actually present when we spoke to them? Wouldn’t it be cool if the people present were actually listening (mentally present) to understand you, or what you were talking about? It would be really cool if we were able to articulate our thoughts and feelings to someone that made the effort to stay in tune until your entire thought process was spoken. I believe things would become a lot different in many good ways as people learned to connect with some depth.

Most present relationships are an inch deep and a mile wide. That’s not what God had in mind for us. As Jesus Christ was preparing His closest friends for his death He instructed them about many things. He listened to their questions, erased their doubts, and quieted their fears. In the Gospel rendered by John, Jesus was found saying this in the midst of His many discourses to His friends and followers.

“These things I have spoken to you while being present with you. John 14:25 NKJV”

God knows the importance of being present. He stepped down from His glorious position at the throne in heaven to become human just to demonstrate how to be present in a relationship.

Peter and John were going to the temple to worship when they encountered a crippled man at one of the gates. When he began begging with his eyes aimed at the ground Peter said “look at us”. The man knew the value of being present, and responded appropriately.

“And fixing his eyes on him, with John, Peter said, “Look at us.” So he gave them his attention, expecting to receive something from them. Acts 3:4‭-‬5 NKJV”

As the man gave them His attention, which is a form of respect that honors the speaker, he expected to receive a monetary gift, instead he received something no money can buy. He received his perfect healing and restoration through the miraculous power of God.

What would have happened if he ignored Peter? Nothing? Absolutely, in the sense that he may not have received his miracle had he chosen to ignore those empowered to minister it to him.

Being present requires far more than physical proximity. It requires an engaging alertness to those around us. We can all do better at this. Sometimes we just have to stash the phone and look into someone else’s eyes, listen to understand, and respond out of that undertanding.

If you need anything from us contact us at flchaplain@windstream.net or on our Facebook page Finish Line Chaplain.