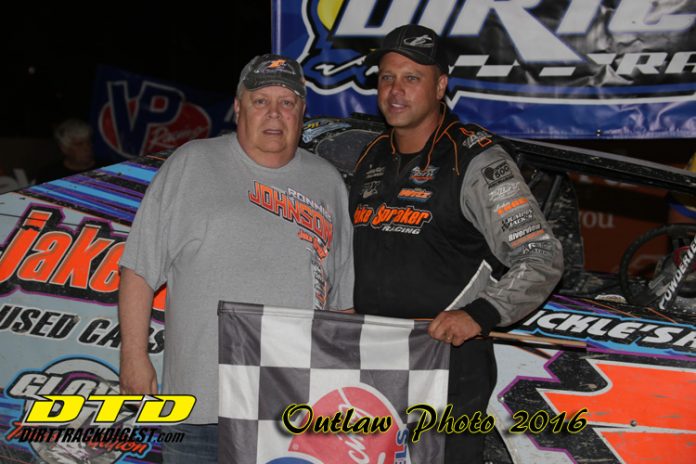 Reached at his business today, Spraker said “We just weren’t gelling”. He went on to add “ I don’t put cars on the track to finish 5th,10th etc. I put the cars on the track to win and so does Ronnie. I spent more money this year than last year and had worse results. Its not that Ronnie and his crew weren’t working on the cars, in fact, they probably were working harder than last year but the results weren’t there and this is just a business decision.” Spraker went on to add “Ronnie dropped off both cars last night (Wednesday). I offered him the opportunity to run the rest of the year with the cars but he declined. We built a good relationship over the last few years. We’ve become pretty close. I don’t hold any animosity towards Ronnie.”

Spraker will field a big block for his current sportsman driver Rocky Warner. Warner will run the last 2 races of the year at Fonda with a big block and then weekly at Fonda in 2018. Also, Warner will be in action this Sunday at Utica Rome and all the remaining high paying sportsman shows. In addition, Warner will be utilizing a new Teo that Spraker will be picking up next week for Oswego duties. Spraker currently has 5 Teo’s in his inventory of race cars.

Spraker fielded big block entries for Johnson this season at Malta and Fonda. Johnson had 1 win at Albany Saratoga in 2017 and finished 4th in the points, 76 points behind modified champion Peter Britten. At Fonda, Johnson finished 3rd in points ,56 points behind overall champion Tim Fuller. Johnson won 5 races and the championship in 2016 at Fonda but had no wins at Fonda in 2017.