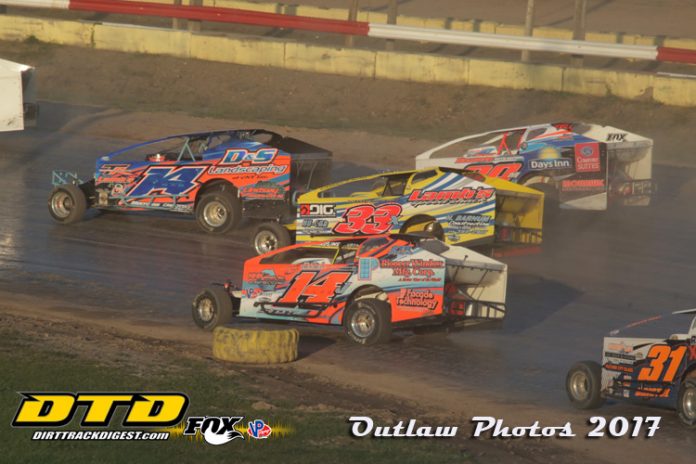 Bill and Kim Shea put up $20,000 for a stand alone Sportsman Ultimate Showdown.

Expectations were for 100 cars. That didn’t happen as 68 rolled into the pits.

Sixty-eight sounds good, but think about it as Fulton, for a weekly show, recently had 55 regular Sportsman and nearly 20 Novice Sportsman for a regular night where the purse was a mere pittance of what was offered at Utica Rome.

There was of course an entry fee, but everyone got a check to go home with.


Regularly the Sportsman race for $500 to win and this 50 lapper paid that for last place in the 24 car field.

Sportsman teams have been asking for well paying shows, but you know the message that got sent here was simply…you don’t have to pay well.

Racing is a funny sport as I’ve learned over the years that prize money isn’t the driving force for attracting a field.

That was shown quite well on Sunday night.

Will fans support a Sportsman only show?

The answer for Sunday was an overwhelming…absolutely not.  The crowd was dismal.

From the beginning the idea was to move this show along to get out at a decent hour and I think 8:15 pm. is pretty good for the show that started at 4 p.m.

Weather was perfect, but one of the biggest factors for the crowd was that it was opening day for the National Football League.

Certainly there was a DIRTcar Sportsman event at Humberstone and a few of the drivers there might have run at Utica. Yes, the UR show was a reschedule as the original date, as happened so often this summer, was rained out.

One thing that I hear from Sportsman drivers all the time is that they want to race. They show up, pay pit fees, run a few hot laps, maybe a six lap heat and then possibly a consi for another six laps and load up and go home if they don’t qualify.

Fulton has been a success this year for this division for one simply reason…everyone gets track time.

Fulton has regularly had two Sportsman mains a night. That’s 25 laps, full purse and full points, but the key is they all get feature track time and the full 25 laps to go along with hot laps and their heat. Obviously it isn’t about the money. It’s about track time.

So should UR have had two features and everyone got to run and split the purse?

Who knows, but the thing here is that someone was trying to create something special for a class that has demanded recognition.

However, the support of invaders was surprisingly not as well as hoped for.

There were tons, and I mean tons, of Sportsman that stayed home from one of the best pay days of the year.

Should tracks try to do this stand alone type of event?

Well, obviously it is a huge risk.

In a couple of weeks probably well over 100 Sportsman will be part of the annual Outlaw Weekend at Fulton where I would expect a record number in the pits.

I know a few years ago a promoter admitted he was considering dropping big-blocks to run Sportsman as a featured class. Now I’m not so sure about that concept as race fans are fickle. They are sort of like little kids if you give them steak on a regular basis they’ll eat it and come to expect it, but if you change it over to hamburg they would care less. You just can’t take things away from old time fans as change is much too difficult for them to accept.

Oh, well I don’t know if we saw a one and done event on Sunday at Utica-Rome or if there will be another attempt and hope it is on the originally scheduled date. Time will tell.

Not as Many Different Names as Anticipated

Sixty-eight Sportsmen simply wasn’t the number that was anticipated.

The entire UR program was based on 100 and officials jockeyed the show to have an A, B, C and D Main. Actually this was a fun concept as the first two cars in the heat made the A, next two the B and so forth.

Where the heck were all the Canadian Sportsman? Only James Friesen and Jason Shipclark hauled down to the States.

Most of the regulars who supported the track weekly were on hand.

One of the most violent accidents of the year brought out the red flag in the D Main. Mike Block got pinched along the backstretch wall, rode it and flipped. He ended upside down in the middle of the track entering the third turn.

Eight or nine cars missed him as the track officials were shouting over the radio “red, red”, but suddenly a crowd of cars that were tightly jammed simply couldn’t separate and Ben Karlsen along with Richard Hunt collided with Block sending the Block machine skyward and the other two flipping.

After several moments word came from the scene that all the drivers were okay. Looking at Block’s destroyed race car it is amazing he walked away. All three cars were severely damaged.

Okay, so once again luck was on the side of Rocky Warner who drew the pole, but some late traffic and threats from Dave Marcuccilli (in fact he passed Rocky twice for the lead with just over 10 to go) kept it interesting.

Connor Cleveland finished third, but got a yuke tire bending up the front end in the late going. Amazingly the damage helped the car maneuver better through the third turn and the 09 was closing at the end for a solid three car finish.

Mike Phelps was seeing the track for the first time and got better as the day progressed. Mod driver Mike Bowman was assisting. Talked to Mike and he will run the Outlaw 200 with his 16, but expects to hit Thunder Mountain and not Brewerton in 2018…

Power Seal is the new major sponsor on the quarter panel of Corey Barker’s 31. He finished third in the B-Main to make the main, but got caught up in a scramble early along with Zach Sobotka, Jeff Taylor and Kyle Kiehn after another car had collected a yuke tire and jammed up the field…

James Friesen the B Winner…

Scott Duell and Todd Root were fourth and fifth. The majority of the race Todd and brother Kevin raced side-by-side as they fought to get into the top five…

Fast timer in Group 1 was eighth grader Charlie Tibbetts, but he drew four for the invert and that played a key role for many drivers…

Kevin Root faltered in the late going for eighth…

Jackson Gill and Kyle Inman rounded out the top ten…

Veteran Race Director John Tiff had a previous commitment and missed his first action (other than illness) in 22 years. Mike Mallett took over race controls and Grandview-Bridgeport announcer Jeff Ahlum filled in for Mike behind the microphone…

Well, just one more oval track show at UR and that will be Tuesday, October 3 with the 358 Modified tour, the Cole Cup 360 Sprints and a regular Sportsmen event.

Comments and thoughts to foley395@hotmail.com