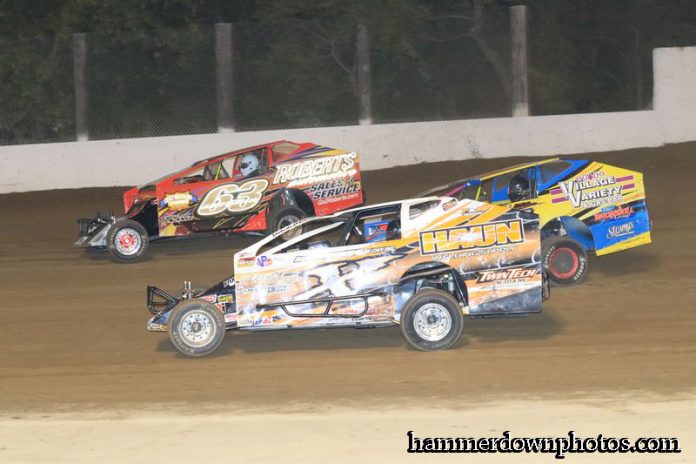 Chad Phelps wasn’t overjoyed when the announcement of big-blocks exiting Fulton’s schedule in 2018 was announced.

However, early this week Andy Noto and Phelps announced something that will see not only the “X” on the track, but also the “19”.

They won’t be just one car at each track, but it will be a two car team each night at Brewerton and Fulton.

Andy told DTD, “Both of us will be at Brewerton weekly in Chad’s big block cars. On Saturday we have a new Ford 358 for Chad at Fulton and both of us will be in 358 small-block Fords every week there.”


For years Noto has been involved in racing as he noted, “My dad (Mike) is my motor builder and we were involved in Supers and Small Block Supers at Oswego for years.”

Continuing he said, “Pops is a huge Ford guy. He’s been building them for over 50 years now. Our small-block program is strong. Chad ran last year at Super DIRT Week in my car with a new motor. For a small team on a limited budget it really worked well for us.”

Friendship plays a key role in the team as Andy said, “Chad and I have been friends for years. He got me to switch over the dirt. His shop is just a few miles from mine so this is a great deal. I couldn’t ask for a better friend.”

Chad wasn’t happy over the elimination of big-blocks from a track he has raced at since starting on the dirt.

Noto noted, “I think Chad is going to like this deal. It keeps him at Fulton and Brewerton. It helps me from having to build a new big-block for Brewerton. It’s a win for the whole team.”