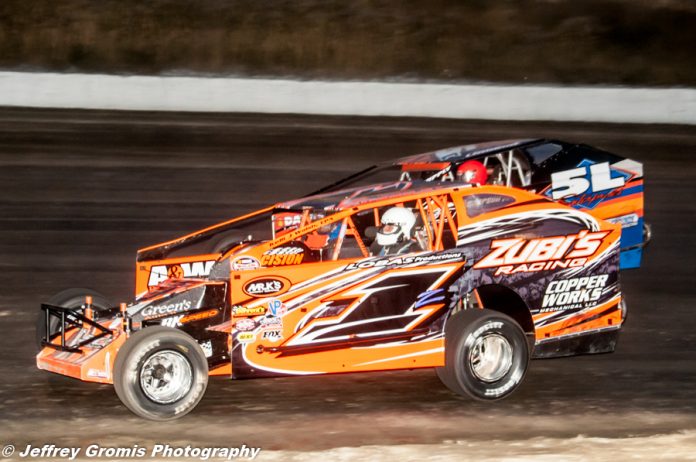 It’s been a tough couple of years for Monticello, N.Y., driver Tim Hindley. Hindley’s car owner Dave Phillips passed away unexpectedly and it’s been very difficult for him since then. The two were extremely close and Hindley admits that it’s hard being at Eastern States without his friend.

On Saturday he competed in the 358-Modified division for car owner David Zubikowski. He ended the day with a solid fourth place finish.

“Emotions are high this weekend,” commented Hindley. “It’s my second Eastern States without my buddy and it’s been tough. It’s tougher this year than it was last year. That is a big burden on my shoulders. I’m surrounded by great people and I had a great opportunity to drive Zubi’s extra car.”

Hindley got the ride thanks to his close relationship with Zubikowski’s regular driver Brian Krummel.


“Brian and I have been friends since we were kids,” mentioned Hindley. “I tried to always look after him like a little brother and he definitely repaid the favor on this one. I’m very fortunate Zubi gave me the car to drive. Brian definitely hooked me up and this team has a bunch of great guys behind him.  I can’t thank them enough.”

Hindley’s original plan in the event was to conserve tires for a late race charge in the 100-lap race. The team ended up with a left rear flat.  From there he had to drive his way back up through the field.

“I was playing it safe on tires and for some reason we got a left rear flat,” said Hindley. “That made us change both tires and then we had a race. We came back through. We knew we had enough tire to make it. We just had to do what we had to do.”

With the 358-Modified portion of the event in the books, Hindley is calling it a season. He had a tough day with the big-block on Friday and has decided not to attempt to make Sunday’s 200.

“I’m not going to get in, I’m done,” he said. “I’m watching. Like I’ve said, I got to re-evaluate my whole program and take a step back and figure out what we need to do.”