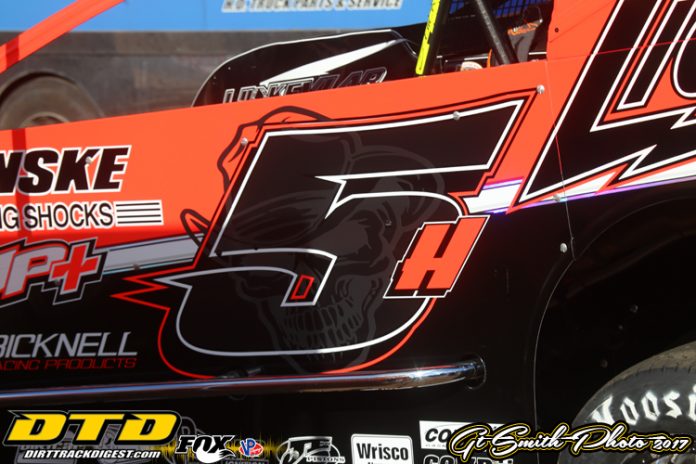 Chris Hile made the trek down from Syracuse N.Y., to participate in the 2017 edition of the World Finals.

He had plans all along to attend this season ending event, but the “Win and You’re In” Modified event the night before the finale of Super DIRT Week saw him almost forced to change his plans.

Hile comes to the World Finals and noted, “It is a brand new car. I junked the frame on my regular car at Fulton in the ‘Win and You’re In’ show. This will be the first laps on the car and they will come here at Charlotte.”

Continuing he said, “I bought this 2018 chassis from Bicknell a couple of weeks ago. I guess if everything goes well this weekend I will be ahead of the game over the winter as the car will be ready. It might save us a lot of extra work.”


Looking ahead to this weekend Hile realizes the difficulties the big-block Mods face at Charlotte.

He said, “This is all about time trials. If you don’t time trial it is almost impossible to get in the feature. We are usually the first cars out and the track is so fast that it’s difficult to make any movement. You really need to time trial to start up front in a heat. It is all about track position here.”

So for Chris Hile he hopes to fare well this weekend, time trial well, qualify for the mains and have his car ready for the 2018 season.

Looking ahead to next season the landscape will change in Central New York with Hile’s regular track, Fulton, going to small-blocks.

Chris, who races along with wife Katelyn, each possess one car and two engines apiece.

Hile, who has worked on making his big-block program the success it is today said, “Friday at Brewerton will see us racing, but I will never buy a small-block. If anything, Canandaigua might be a stop for Saturday, but If they were to drop the home track bonus points then maybe I could do more Super DIRTcar Series shows. We have four really good motors and that is where we plan on staying.”