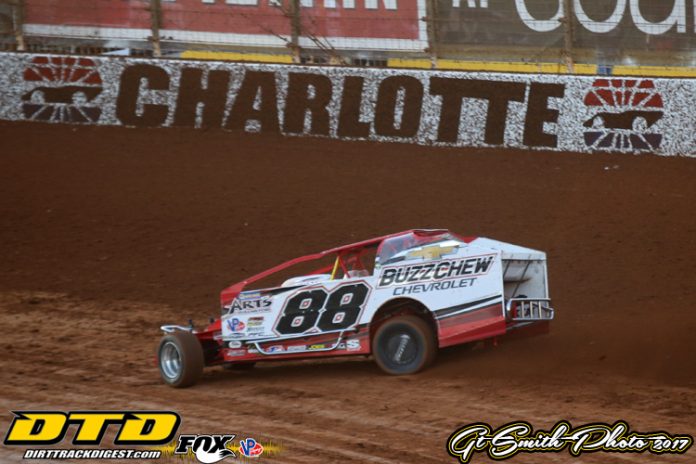 It was a first for the Modifieds at the World Finals as no driver has ever earned fast time for both Friday and Saturday during Thursday night dual qualifying.

However, that all came to an end this year as Mike Mahaney in the Buzz Chew Chevy 88 out clocked the 47 other drivers in time trials.

With a smile as wide as turns one and two Mahaney said, “I am ecstatic. The car was phenomenal. It came off the trailer and we never had to change a thing. I never had to lift. I was wide open in both sessions.”

Prior to time trials officials gave the Mods an extra hot lapping session.


When asked if it helped, Mike said, “No, it did not help. We didn’t have to make any changes at all. Our times were similar in both sessions.”

The achievement puts him on the pole in both of his heat races and he said, “Right now I couldn’t be happier. Now I have to win the heats and draw well.”

The 88 that he is driving was brought out in July and was the one that won at Fonda.

Mike said, “The worst finish we had was 13th at Oswego in Super DIRT Week, but we’ve finished in the top five or ten every other time out.”