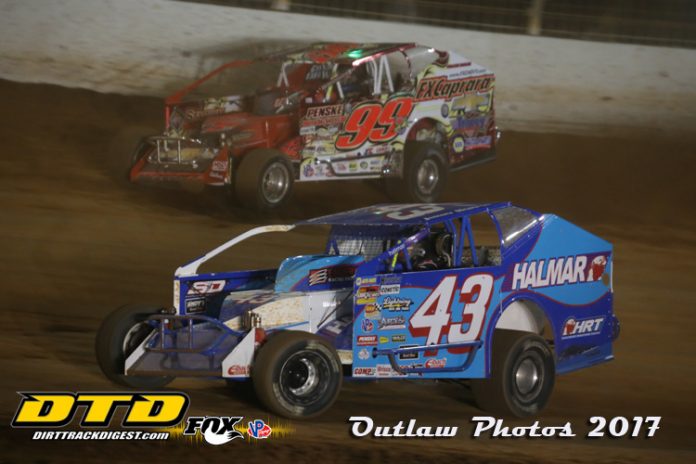 Jimmy Horton came to Charlotte for the World Finals looking to contend for a win, but that  went up on smoke late Thursday night.

Horton said, ”It was a brand new engine for Oswego and we had laps on it at Middletown, but it broke pretty good. I really felt we had a good car up to that point and it was looking good.”

So as the fans filed out, Larry Wight approached Horton with an offer.

Horton said, “I’ve been good friends with Larry for a long time. He offered me a motor, but I really didn’t want to get involved in an engine change here in the pits. So he said that the season was over after this weekend and offered to let me use Pat Ward’s back up car.”

Jimmy accepted the offer, but wasn’t sure if this was going to be a one night to two night arrangement.

He had qualified his own car for the Friday night feature and was full of confidence. However, he still needs to qualify for the Saturday night finale.

Horton noted, “I’m not sure what we will do for Saturday.  A lot depends on how the track is if we stay. It is hard to pass here and they are only going to take two cars from the B-Main. Getting in the top two is pretty tough.”

No matter how it plays out, at least Horton will be in one of the feature fields for this year’s edition of the World Finals.