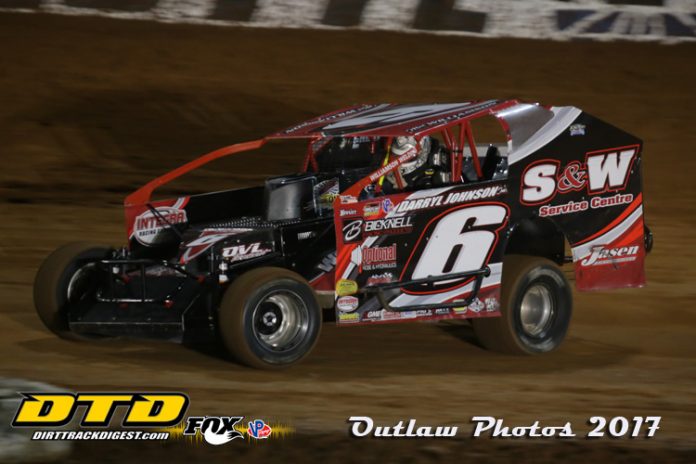 Mat Williamson made the trek from north of the border and came to Charlotte for the World Finals with high hopes after a stellar end of the season.

He qualified for the Friday night main event, but problems hit in the second qualifier of the night as he finished second.  His dad Randy Williamson noted that the team had lost the engine after scoring a feature birth.

Randy said, “We were going to use Justin Haers car, but then that changed. There was some discussion over the rules for a replacement car, but that got sorted out. Jamie Mills offered to drive a motor down from Delaware or we could use another car that he owned. Keith Flach offered a car as did Justin Haers. “

Continuing he said, “I talked to Larry Wight and we will be running a Kevlar LJL motor in our car  for the rest of the weekend. I’ll give it back to him at the end of the weekend.”


It was a tough break for the team as the big-block they had run in in Western Pennsylvania with a Finger Lakes powerplant.  They put in a different motor for this trip from another motor building and the brand new engine had a valve problem which forced them into this situation. 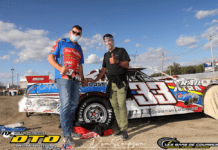