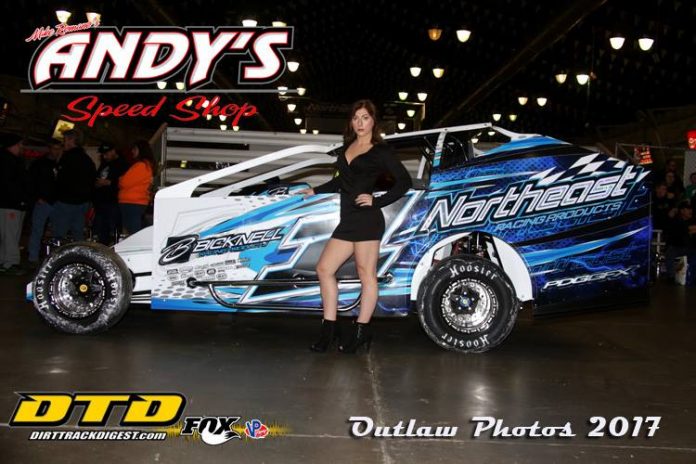 First off let me wish each and everyone of you a very Happy Thanksgiving and please in your thanks remember all of the military past and present for all they have done or do for our protection here at home. Also law enforcement, fire and rescue, EMT’s and of course all the doctors and nurses. Thank you all!

Coming this Saturday at the Gary and Donna Palmer gem in the Catskills known as the Accord Speedway is the race dubbed the Gobbler. It has always been a great event and this one I’m sure will not disappoint either. The show has a little for everyone with the headline division of big and small-block modified division running their feature first. Sportsman of the open and crate variety will be on the card with Pure Stocks, wingless 602 Sprints and a Four-Cylinder Enduro rounding out the program. The show has a rain date of Saturday December 2. Makes for a great road trip and the show is run quick so it makes for a early return trip even with a long haul. If the race goes as planned I might just have one last road trip in me for the season and head to Trenton, New Jersey for the indoor event and get another new track to my resume.

Last Saturday I took a trip to Syracuse to check out the Northeast Racing Products Auction and Trade Show in it’s first presentation by Jeremie Corcoran. For the time I was there I talked to some folks, went to the media seminar and watched the auction before heading home. I will tell you some of the stuff I gathered and then tell you of the upcoming banquets that I have information on. Before that I do want to say I thought the first production of this event was a rousing success through my eyes as the place was full and much activity. Looks like it is on the road to a great revitalization for racers looking for used and new parts. Unfortunately I never got to talk to Mr. Corcoran for his thoughts on the show.

First off I had a nice conversation with Mr. Tyler Siri of Horseheads, N.Y. The driver of his Superior Crushing modified numbered 5*. Siri also is the owner and promoter of the Outlaw Speedway in Dundee, N.Y. He said this was his third season of promoting at the track and by the look of the schedule he is going in with guns blazing for sure. Two Super DIRTcar Series events, one appearance by the Short Track Super Series (STSS) returning to the track. Two trips by Tony Stewart’s All Star Artic Cat sponsored 410 Sprint Series on schedule. Announced at the show the WOO Late Models will be coming but date not official yet. Patriot Sprint, ESS Sprint and URC Sprints on schedule and also the ever popular NASCAR Night and you have a potent package of specials. Check out their schedule on their website for all the pertinent details. Also on there will be information on their upcoming 2017-racing-season banquet at the Watkins Glen Harbour Hotel on Saturday January 27. It is limited to the first 300 so make your plans now. Suggestions for your hard to find racer on your Christmas list is to get them a ticket or two for the banquet.


In asking Siri about what is the biggest thing he has learned over the past couple of seasons and his answer was no surprise that weather plays a huge role in the success of your show. Overall he says he is fine where the track is headed and sees a great future for it. I also asked about rather he thought his own racing has suffered due to the time he has spent at the track. Siri confirmed that it did but believes he has a more dedicated crew set for the car now and plans on racing much more here in the 2018 season. His plans are to be at the ﾓGobblerﾔ this Saturday and then go to Volusia in February. He will race Friday night at Outlaw and Saturday at Five Mile Point Speedway. He plans to do the entire North Series of the (STSS) and selective DIRTcar events.

I also visited Brett Deyo and some of the staff of the Bob Hilbert Sportswear STSS Fueled by Sunoco. Yes that is new for the 2018 season as I am sure you all know by know that Sunoco has come on board in a big way for the series. The North will once again start and end the 10 race schedule at the Orange County Fair Speedway. First race the Hard Clay Open on April 8th and the final the Hard Clay Finale on Thursday October 18. Afton Motorsports Park is the only other to have two dates with the other visits at Thunder Mountain, Accord, Woodhull, a return to Albany-Saratoga and back on the schedule as mentioned above Outlaw Speedway. Big Diamond is like usual the only track that serves as a North and South Series event. Speaking of the South Series along with Big Diamond the Series will see action at Bridgeport Speedway, Delaware International, Susquehanna Speedway, now known at BAPS Motor Speedway as that company bought naming rights. Port Royal will be new and will run in conjunction with 410 Sprint Cars. It will be a return of Modified racecars to the track in quite some time. I already have that triple circled on the calendar. Friday October 12 is when this blockbuster will take place. Finally Georgetown Speedway the Brett and Heather Deyo promoted track has three of the schedule eight events. It starts there on Saturday March 17 and ends on the weekend of Friday/Saturday October26 &27.

The Sportsman schedule was not completed yet so look for that at a later date. Freedom Raceway is new to join the American Racer Cup Series this season and with that about five drivers already signed up to run for the full season on North STSS which is a great addition to the very tough series. The banquet for the North and South season is coming up on Saturday December 16 at the Best Western Hotel and Conference Center. As always they have a block of rooms set up but they were going fast Check BD Motorsports website or the STSS site.

Spoke with Ron Ford the promoter of Afton Motorsports Park by himself in 2018 and he informed that the banquet will be at the River Club in Afton, N.Y. It is located just across the river from the Fairgrounds for folks needing directions. It will be on Saturday February 3 and he believes it will hold about 250 folks so it will be first come first served. Tickets will be available by contacting him on his Facebook page or at Rinker Insurance in Afton. I am not sure if they are printing tickets or not. Ford also informed me all divisions will return with the IMCA division making a return and will be sanctioned by IMCA. Schedule was not complete but will only have the STSS as it’s only mid-week event. I am assuming here that once the schedule gets put together and or more info on the banquet they will post on track’s Facebook page or track’s website. I am assuming here.

Thunder Mountain Speedway I have reporting in with their banquet date as Friday
January 12 at the Double Tree by Hilton in Binghamton, N.Y. All pertinent information is on their website.

The New York State Stock Car Association (NYSSCA) awards banquet will once again be at the Polish Community Center in Albany, N.Y. It will take place Saturday January 20 with earlier in the day NYSSCA members will be putting the following into their star-studded Hall of Fame. Going in this year will be car owner Allie Swears, fabricator/mechanic Dick Hicks and two great driving talents. They are the late Dave Kneisel and current hotshoe Jimmy Horton. The presentation is held at the Saratoga Auto Museum. Great history there and a very informal setting so my advise is you make a day of it.

Next time I will get you ready for the upcoming racecar shows and some thoughts on the Gobbler and Trenton if I make that show. Until next time Race On!