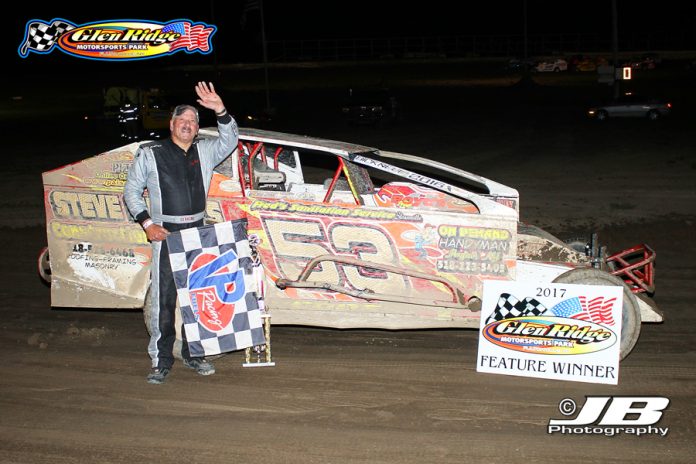 After 51 years of racing Bob Vedder of Schoharie has decided to retire from racing, a sport, that has taken him from Late Model’s in 1966 to Modifieds at tracks all over New York State accumulating a bevy of successes and friends.

When we spoke with Vedder on Sunday he said he had hope to race at least another year. However, the small-block division ended abruptly at Glen Ridge in May with the changing of management. Vedder had just won the final small-block feature and was leading the points. He was looking at a good season and possibly a track title. He then switched his racing to Fonda on Saturday nights but admits his results were disappointing.

“It wasn’t fun racing and trying to keep up with the big-blocks,” said Vedder.

And on top of that he also blew motor while at Fonda this past season. All of this was part of his decision to retire from a sport he loves.


Since 1999 Vedder has driven Bicknell chassis and with his retirement he has a few to sell.

He already sold a 2012 at the Lebanon Valley swap meet in November and will be selling the other chassis’s he has and many parts. He also has one Troyer chassis in his stable, one he never raced. That’s for sale too.

Vedder said his crew is disappointed with his decision but they do understand. His son Allan has been with him since he could walk and as time marched on his grandson’s Justin and Ryan joined in the fun of maintaining a race car and see their grandfather race. Dave Kucel of Johnstown has been with Vedder as a crew member since his high school days. When Dave married his wife, Megan they both joined the crew and are still on board each week. Another Schoharie County racer Rich Diamond has also been of great help to Vedder. Bob’s family including his wife Linda have always been big supporters of his racing. On his Facebook page Bob thanked all of his sponsors over the years and anyone else that has been a part of his team.

At the suggestion of one of his sponsors, country band, County Line Rebels, Vedder staged an annual Vedder racing party 26 years ago as something to do over the off season. The party was always one of the things that many race fans and fellow competitors looked forward to each winter. He said that many people had already asked about the annual party when they learned of his plans to retire. We suggested that maybe he should have a retirement party this year and Bob didn’t say no.

What will Bob Vedder do Friday or Saturday nights when the 2018 season begins, he won’t be at the races.

“I couldn’t do that,” said Vedder, “unless I was physically unable to race, I would not go to the track.”

He and Linda bought a camper and will be somewhere in a campsite this season when the roar of the engines start at the local tracks across New York State.

Bob Vedder will receive the Dedication to Racing in memory of Harry Peek award at the annual New York State Stock Car Association (NYSSCA) banquet on January 20, 2018. Bob, his family and crew will join in celebrating this great honor.

In closing we send a special thank you to Bob Vedder, he was the one that asked us if we would write a local racing column for the local paper back in 1994.