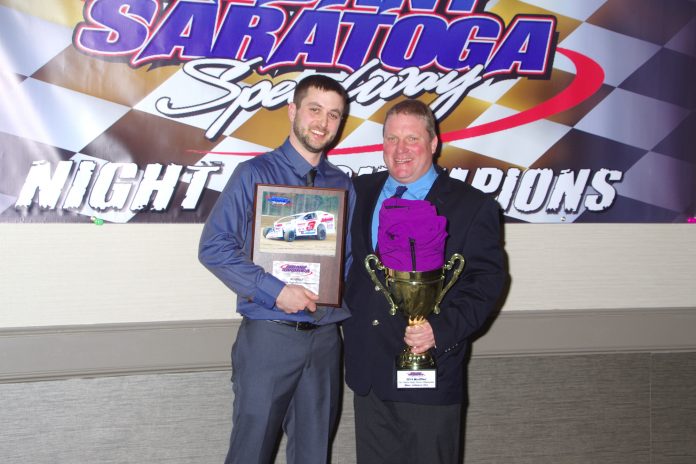 As we sit in Daytona Beach waiting for the warm weather to return and racing to materialize, we still connect to our friends up north through the many ways of the internet. The first event at Daytona International Speedway was held this past weekend with the Roar Before the 24 that consist of practice for the Rolex 24 at Daytona to be held the weekend of January 27-28.

Ivan Joslin’s Facebook page is reminding people that he will have his annual racing party on Saturday, February 3 from 4:00-9:00 pm at the Glen Firehouse located at 134 Auriesville Road, Fultonville, NY. Cost $15 for adults, $5 for kids. Take out available.

Racing Promotion Monthly has named its six Regional Promoters of the Year and Lyle Devore of Albany Saratoga Speedway is the Region One, Eastern Region winner. The honor is a selection by fellow promoters for 2017 and with this award, Lyle becomes a nominee for the 42nd Auto Racing Promoter of the Year Award. The ARPY is short track racing’s most prestigious award. Former area winners are Dick O’Brien, 1981 (Oswego Speedway), Glenn Donnelly, 1985 (DIRT) and Howard Commander, 1989 (Lebanon Valley Speedway). Presentation of the Regional Promoter of the Year awards and the announcement of the Promoter of the Year award will take place during the RPM@Daytona Promoters Workshop on February 12, 2018 in Daytona Beach, Florida.

Alton Palmer has been on the mend after his surgery in November and is scheduled to return to work this week after release from his doctor. Ed spoke with Alton before we headed south and he said that the team plans to be back at Fonda this season with driver Bobby Varin. The team will not go to Utica-Rome as originally planned due to the change to small blocks for the Vernon, NY track.


Over the years we have watched Alton open a very successful truck repair business, become a respected racer, all with the support of his wife Carole. And both were inducted into the Fonda Speedway Hall of Fame in 2015. We were glad to see Alton before leaving for Florida.

The Glen Ridge banquet is this Saturday, January 13th and will celebrate the first successful season of the track under the promotion team of Mike Parillo and Ray Sefrin. The banquet will be held at the Holiday Inn Hotel and Resort in Johnstown. Several of our Schoharie County racers will be honored at this event.