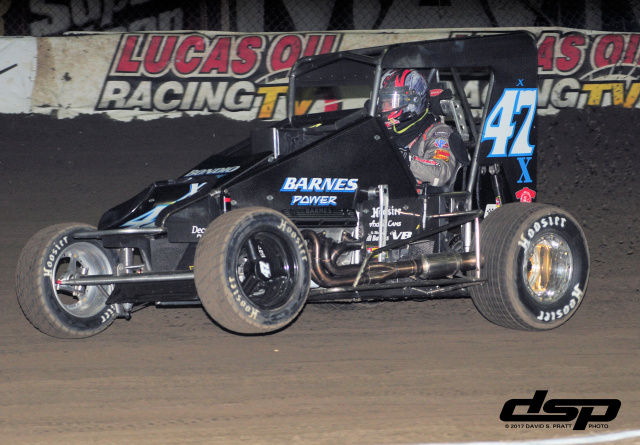 McCreadie is the 2006 winner of this event that has captured so many eyes across the world. After his run he took some time to candidly analyze his night and also his chances today in taking home his second driller.

“We struggled just a little bit early which put us behind from the start today and you just can’t do that here,” the second generation driver said.  “We actually have been chasing a little bit all week, it’s tough. These guys (the crew) give me such a good car but I have to find a way to get comfortable in these cars to make a strong run.”

McCreadie drew the pole for his heat but fell to second behind Thomas Meseraull. He then also started up front in his qualifier just getting nipped by Spencer Bayston for second which put him on the pole for the B-Main.


If McCreadie got by Bayston he would have earned enough points to qualify for the A-Main.

“The point system gives you two chances and I just didn’t get it done,” he continued. “Maybe running the B-Main helped us, it was laps. I rather not run it but we did, made some changes and I think made some gains.”

At the start of the 25 lap finale’ it was clear that McCreadie was on a mission, passing cars at a rapid rate.

“I made some good laps down low and picked up some spots. The car was good,” he then talked about his strategy on restarts. “I then went to the top as it seemed the lower lane was a bit better but I knew most guys would dive down there so I went high to try and make some passes.”

The strategy indeed did work, in the closing stages he was up to sixth, if it wasn’t for a bonzai run by Chad Boat on the final lap he had eyes on Kasey Kahne for fifth but Boat’s run saw him to fall to seventh. Still a fine effort.

McCreadie still likes the Chili Bowl and what is has to offer as far as excitement but for a driver with his experience it’s getting harder.

“I’m not sure if I am capable of winning this race anymore. I have the equipment but it’s me with the experience,” he went on in depth.  “I have run these cars maybe 12 times total.  I am now going against guys that run like 80 times a year in a Midget. I just talked to some that just came back from New Zealand last week to get more laps for this race. I am like ‘son of a bitch, how can I compete with that.

“These cars are just so twitchy and it’s tough for me to stay smooth and also be aggressive out there.”

While he will tell you odds might be stacked against him is these days, there is one thing McCreadie does that has made him one of the best on dirt in the country, “But, you can bet tomorrow we will give it hell to get in the A-Main and then hope they here from us after it’s over.”

In talking, you can get the impression he is now bringing a knife to a gun fight but in reality it shows you how good he his. When you look at the list of Chili Bowl winners, he is the only winner, ONLY one that does not come from some Midget or Sprint Car racing experience.

Qualifying Night #4 Notes: 87 cars entered the final nights action for a total of 345 cars raced out of 357 enetered…Justin Grant had an exciting run to take his second career preliminary victory over Bayston and a surprising Andrew Felker….The flip count going into the final night is 48… Kody Swanson and Shane Cottle were this night’s hard luck drivers both coming from the D-Main’s. But unlike Thorson and Pickens from the previous night, Cottle never made it out from the D and Swanson was only capable if getting in the C…The list of talented DNQ’s on this night were made up of Chase Briscoe, Kyle Bellm, Blake Hahn, Hunter Schuerenburg, Zane Hendricks and Ronnie Gardner.

With my traveling schedule that sees me driving back home right after the checkered flag on Saturday night, this will be my final recap of the racing action. Like to wish the drivers we told you about luck in their pursuit of the Golden Driller. Here is where they start: 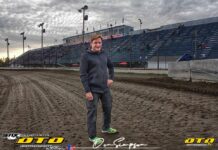