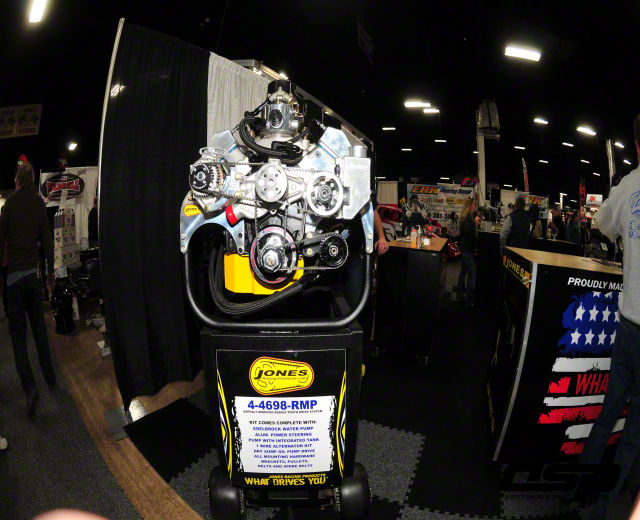 OAKS, PA – For myself, the annual Pioneer Pole Buildings Motorsports Race Car and Trade show serves as the kickoff to my new racing season. That holds true this year especially after we have had to endure the brutally cold weather the past few weeks. The Motorsports show is my signal that spring is right around the corner and that to me means the 2018 local racing season is almost upon us.

The Motorsports show to me is the spot to see all the new race cars and for me especially the Modifieds which are my bread and butter in their pristine state. All polished up and looking sharp is a sight I truly look forward to seeing each and every year. Some of these cars are so beautiful and clean looking that it is almost a shame to have to put them on the track! The graphics seem to get better and better each and every year and the people that are doing these graphics are simply some of the best around.

Jay Dugan of Radical Designs and Brian Hirthler of Four Star Lettering are the leaders of the pack in our local area at designing these beautiful creations, but there are others in our area who do outstanding work as well.

Easily to me the three most eye-catching cars at the show were the No. 6 of Matt Stangle (Radical Designs), No. 901 of Brian Papiez (Radical Designs) and the No. 323 of David Van Horn (4 Star Lettering) who has switched from blue back to his traditional yellow.


Speaking of Matt Stangle, I was surprised when I saw the rear quarter panels of the No. 6 adorned with the “Zubi’s Racing” logo. Zubi’s Racing owner Dave Zubikowski has lent his support to the young driver to compete in the STSS South Series. This combination is being done in the memory of Pete Gardner who was a friend to everyone in the pits. The 2018 season plans for Zubi’s Racing will be out shortly and dirttrackdigest.com will have the exclusive details.

It will be busy 2018 season for the “Montgomery Missile” Anthony Perrego. The Superior Remodeling team led by Perrego is busy preparing their fleet of TEO Modifieds for the upcoming season. Perrego will run weekly at Accord Speedway on Friday nights and then will call Orange County Fair Speedway home on Saturday nights. The team also plans to compete in both the North and South regions on the STSS and plans to hit the openers at both Bridgeport and New Egypt. The team will be well equipped for power this season with a new big-block motor from Performance Engines by Billy the Kid ready for action. The team also has two open small-blocks from Performance Engines along with a spec 358 motor from JPM.

Former driver and winner at Bridgeport Speedway CJ Jones is hoping to get back behind the wheel of a big-block Modified sometime this season if his schedule permits. Jones who is the backbone of Jones Racing Products in Ottsville, PA says he misses driving a big-block Modified but with how busy their business is finding the time to do so is just not possible right now. Jones Racing products is the leader in providing quality racing components for the racing industry.

Brian Papiez and Bill Hewlett have teamed up to run the full season at the New Egypt Speedway. In talking to Papiez he is very excited to drive for the legendary car owner who has had drivers such as Jimmy Horton and Ryan Godown among others behind the wheel of his legendary No. 901. The team will concentrate on weekly racing at New Egypt with a new Bicknell chassis supplied by Papiez outfitted with a 358 spec engine owned by Hewlett. The young driver still has his TEO car from last year and hopefully will be able to do some  traveling as time permits.

Pipersville, Pa., driver Danny Bouc is excited to get the 2018 season underway. Bouc who is coming off his best season ever last year at New Egypt is looking to improve on that in 2018. Bouc will be running his own car once again at New Egypt and will be hitting the road this season in the Craig & Leslie Pondish No. 6 car. Bouc is busy preparing the Pondish cars for the upcoming season to compete on the STSS South series along with other selected specials. As always, the Pondish cars will be Ford powered and the team looks to be well equipped for the upcoming season.

Big doings at Bridgeport Speedway coming up in 2018. The South Jersey Speedway has stepped up their game in 2018 bringing in both the Craftsman World of Outlaws along with the USAC Sprints to the speedway this season. Both of those divisions will compete on the newly competed 3/8’s mile speedway and the buzz for these shows is off the wall. Promoter Danny Serrano says it takes a lot of hard work to make all of this happen but it is all worth it in the end if the fans enjoy the racing. The Super DIRTcar series will once again return in 2018 along with the popular Poker Series, the annual Three for All and the ever-popular monster trucks. The big 5/8’s mile oval will once again be the weekly focal point for the mighty big-block Modifieds along with the Sportsman but we are all looking forward to seeing what transpires on the new 3/8’s mile oval as well.

Duane Howard and Norm Hansell will be back together in 2018. Howard said the No. 357 team plans to compete in both the STSS North and South Series races along with other specials at Delaware, Georgetown, New Egypt and Bridgeport. The team also plans to compete weekly at Grandview Speedway and will start the season out at Big Diamond Speedway, but at this time is not committed to running the full season.

I had a chance to talk to World of Outlaw Sprint car driver David Gravel at the show. Gravel said as good as his Barry Jackson team performed last season that they are even better prepared to top that this season. Gravel noted that the team has picked up a couple of new sponsors for the 2018 season.  He can’t wait to get the season underway in Florida next month. If there is a driver who can stop the dominance of multi-time champion Donny Schatz it would be Gravel.

Ryan Godown and Dieter Schmidt will head to Volusia Park Speedway in a few weeks to compete in the DIRTcar Nationals. A full rundown of Ryan Godown’s 2018 racing plans will be announced shortly here on dirttrackdigest.com

Congratulations to Jimmy Horton on being inducted in the New York Stock Car Racing Association Hall of Fame on Saturday. It is an honor well deserved!

Congratulations are also in order for Taylor Albert who on Saturday finished her reign as 2017 Miss Motorsports. There have been many Miss Motorsports over the years and all have a done a tremendous job but in my opinion Taylor Albert has gone over and above what was expected of her this past season. Taylor was visible at many tracks and at many major racing events and was never seen without a big smile on her face. Taylor really loved what she was doing to promote racing and that definitely showed in her many appearances. Taylor never once declined a picture with a fan or a chance to talk to them. I am glad that Taylor will still be a part of the local racing scene and am looking forward to what 2018 has to bring for her. Kudos to a job well done Taylor!

I will have some other notes and stories in the next few days as I had the chance to talk to Matt Sheppard regarding his new ride in the Hurlock Speed & Motorsports #9s along with Hurlock employee Buddy Bloom IV. Also, I will have details on Danny Creeden’s 2018 plans along with Mike Gular’s season plans coming up.