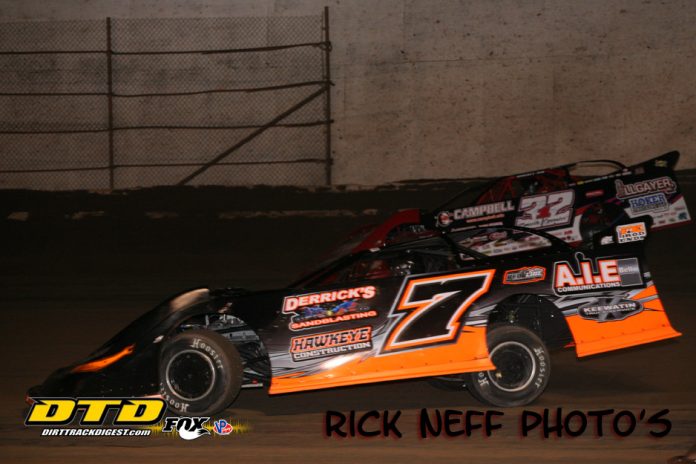 Dirt Track Digest: What was it like to get your first win of the season in Arizona?

Ricky Weiss: “We went there not knowing what to expect.  I was hoping to make all the shows and get a top 10. The first night to get a win in Arizona was probably the biggest win of my career. We started on the pole of the race and Simpson passed us on the bottom on lap 28 and I got him back on the top with seven to go.”

DTD: Was your car good early in the night or did you have to do adjustments to get the car better?

RW: “The car was very good but the track was really bottom dormant.  I like the tracks being middle to the top.  Simpson was taking advantage of me messing up on the bottom and got around me.  I thought how track was I would never get them back but I saw him go to the top and tried it and it worked.”


DTD: How did you get your second win in Arizona?

RW: “The second win we started on the pole and the track was middle to the top the way I like tracks.  I got the lead on the first lap and never looked back. I had a seven second lead by the end of the race”

DTD: Was your car good early in the night or did you have to do adjustments to get the car better?

RW: “The car was a good as it could get and only got better as the night went on.”

DTD: When is your next race? Where is it at?

RW: “Right now we are going to help Scott Bloomquist with his cars and we are going down to Florida and try to learn some stuff with him. My next race won’t be until about March sometime in the Tennessee area as we haven’t created a schedule yet.”

DTD: Now let’s switch gears. How did your 2017 season treat you? What are your 2018 racing season plans?

RW: “The season treated me as good as I could’ve guessed.  I started the season out in Tennessee and got two wins and then went back home to Canada and got 14 wins there. We didn’t have any motor failures, no tire failure, nothing like that. As for the 2018 season we still have to sit down and talk about our schedule so right now our 2018 schedule is to be determined.”

DTD: Is there anybody you would like to thank for the wins you just had in Arizona, the fun you had in 2017 and the fun you are going to have in 2018?

DTD: Do you have any social media’s where fans can follow you in 2018 season?

Make sure you guys follow Ricky Weiss season as he tries to get more wins than he did last season!!