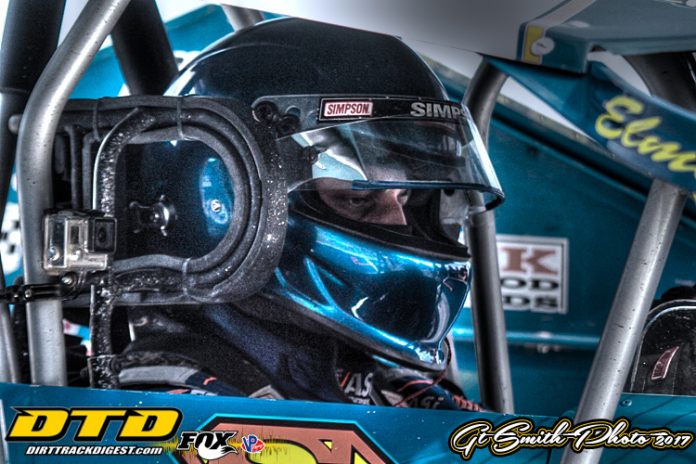 It’s hard to believe that there is a title or championship that Matt Sheppard has not won in his illustrious career. The six-time Super DIRTcar Series champion and multi-time track champion at many of his home tracks has accomplished pretty much everything there is to accomplish in the sport of dirt Modified racing.

But there is one championship the driver out of Waterloo, N.Y., has yet to win. That championship would be in the Short Track Super Series. In all fairness to Sheppard, he has never had the opportunity to run regularly in either the North or South Series up until now. Yes, Sheppard has raced some North series races in the past and does have three STSS career wins to his credit but has never run the full schedule.

That will all change in 2018. Sheppard has teamed up with Hurlock Auto and Speed Motorsports out of Hurlock, Md., to run in both the STSS North and South regions and chase the money being offered by Brett Deyo, American Racer Tires and Sunoco. If Sheppard would be lucky enough to win both the North and South region titles along with the American Racer Cup title, that would put the superstar driver in line to win the Sunoco Race Fuels bonus and take home a cool total of $57,000 for his efforts.

Sheppard will still race full-time in the Super DIRTcar Series and that will remain his priority if a conflict should arise during the season. It will be a busy 2018 for Sheppard but he is ready for the challenge.


“It’s going to be a busy schedule adding on these North and South Series shows but at the same time not running weekly on Sunday nights at Utica-Rome will free up some time, so all-in-all we will probably end up running about the same number of races. I am really looking forward to running down here in these South races but not looking forward to the drives down here for sure. But really it should be a lot of fun running some different tracks that I don’t get to run too often and against some new drivers I haven’t had the chance to race with before.”

Sheppard reiterated the Super DIRTcar Series will be his priority and he understands that there may be some conflicts along the way.

“Right now, the SDS is my priority, that series has been my moneymaker for the past few years and we’ll just go along as the season goes forward and see what happens and just take it one race at a time. I don’t think there are any conflicts until October as of right now, so we’ll see where we’re at in October and deal with it at that time I guess.”

The Hurlock team has one car ready to go for Sheppard right now and another one in the works that the team will probably have picked up by the time you read this article. The team will utilize the same Bicknell chassis cars that Sheppard has had so much success with over the years.  They will be numbered with Sheppard’s familiar No. 9s. The car will be sponsored by Hurlock Speed and Auto Supply along with many associate and product sponsors.

While Sheppard is eager to get the season started in his new STSS ride March 17th at the “Melvin Joseph Memorial” race at the Georgetown Speedway he knows that the DIRTcar Nationals at Volusia Speedway Park are approaching quickly and that he better start getting his own cars ready for action.

“Honestly, I haven’t even touched my cars yet to get them ready. After the season ended last year I took the motors out of them to get freshened and I am still waiting to get them back. I have the same cars as I had last year, nothing new. I haven’t even put new bodies on them and will probably just take up where we left off last year. I’ve been busy building new cars and bodies for other people and just haven’t had the chance to work on my stuff yet. I’ve been doing a few projects at our new house and they are done so now it’s time to start working on race cars until next winter. It should be an interesting year.”

Talking to Hurlock Speed and Auto Supply Employee Buddy Bloom IV, they are extremely excited to have a driver of Sheppard’s caliber in their cars and are very excited for the upcoming season.

“We actually started talking to Matt during last season and we were able to put this deal together over the winter.  We are super excited to have Matt drive our cars. The fans down here on the South Series don’t get a chance to see Matt race very often and they should. It will be nice to also travel to the tracks on the North Series that we have never been to before. Having Matt on our team will pick up our whole team and it will definitely help Shawn (Ward) out a lot giving Matt’s knowledge of race cars and set-ups. We are very much looking forward to getting the season started.”

The 2018 STSS already had a big buzz going with all the big money available and now with Sheppard planning on racing the series the buzz has grown even louder.