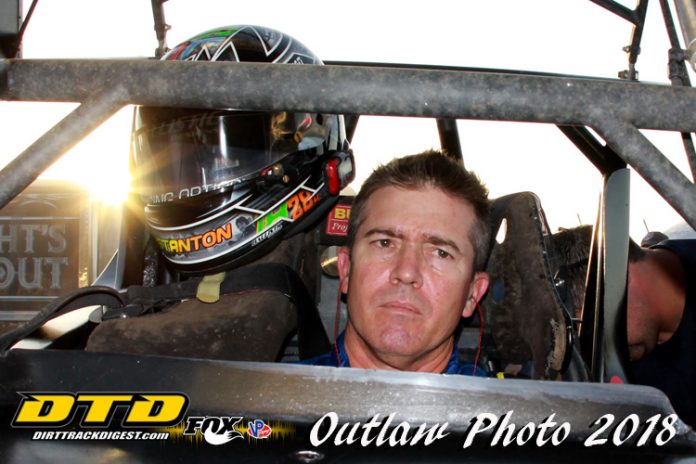 Paul McMahan is in a new place this year as the season started, but his goal for Volusia Speedway Park was still the same as he said, “I came here to win a gator.”

During the first two nights of the World of Outlaws 40th season at Volusia Speedway, McMahan found his name blaring over the public address system on a regular basis.

In the Tom Buch 13 he had been fast and nearly got that elusive gator on Friday night.

He was leading the main-event with just a few laps to go and before it was over Sheldon Haudenschild went on to the win as McMahan was snakebitten.


Explaining the night, Paul said, “I was just heartbroken. I knew I had a tire going flat late in the race and I was just hoping that it would last. I still thought we could win. I didn’t want a yellow and we got a red and just sat there for five minutes.”

However, it wasn’t to be and of his first two starts Paul said, “I been good at qualifying. In the past couple of years I’ve had a hard time qualifying and was wondering if I had forgotten how to.”

The car has been good in Florida despite what some might think is an uphill climb.

Prior to the World of Outlaws, McMahan did the previous two nights with the Arctic Cat All Stars with finishes of 24th and then eighth before seeing his fortunes take an upturn.

Friday night he was eighth quickest, won his heat and the flat tire sent him to second in the main-event.

Saturday night “Pauls to the Wall” qualified fourth, was second to Donny Schatz in the prelim, came home third in the dash and settled for ninth.

The track has been different each night and when asked about Sunday’s conditions, McMahan said, “The track is a little slicker this week, but the bumps are where they have been all week. The two in one and two the problem is you just can’t see them and the other is in the middle of three and four.”

Paul said of his crew, “We are a bunch of misfits. If you look around nothing matches.”

However, they are turning the wrenches and adjusting the powerplant and chassis to make things successful.

The Buch owned car is a capable machine as Paul said, “I’ve known Tom for several years and have run for him. He is one of those guys who just can’t run (a tour) full-time.”

On the final night of the WoO Volusia stop McMahan kept his car in the spotlight with a quick time of 13.058 for an average speed of 117.170 miles per hour.

Plans for the rest of the season will still keep the driver busy, as he said, “I’ll be heading to California where I have a ride and then will be back for Williams Grove, Bedford and Port Royal for the All Stars. I plan to run 60 to 80 races, but we have only two motors so it will depend how things go.”

Well, on the final night of the Outlaws visit to Volusia County in 2018, the 13x finished second to Shane Stewart in his heat, started third in the dash to bring it home sixth to set him up for the third row outside in the 30 lap finale.

Sadly, for Paul McMahan he will have to wait another year to get that gator as he finished the 30 lap finale in eighth.

However, overall this “group of misfits” had a pretty good week before the thousands of fans that supplied standing room crowds nightly at Volusia.