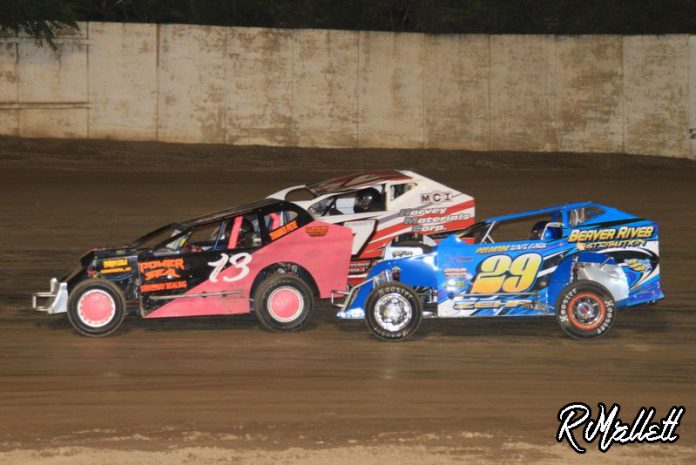 It wasn’t all that long ago that 35 or more Mod-Lites would pack the pits in Brewerton on Friday night.

However, as so often happens, those numbers dwindled to a point where the class appeared it might be on the endangered species list.

Well, folks are attempting to repopulate the class and hopefully 2018 will be the start of the resurgence of the Mod-Lites.

The Central New York Mod-Lite Association has been formed and under the leadership of Kelly Skinner, Doug Williams, Joe Garafolo, Art Holiday and Scott Babcock the effort has been kicked off.


Garafolo said, “As an organization we chose to switch our rules from TUSA to STARS as the rules align us with the group up in Mohawk as well as throughout the East Coast. The two are very similar organizations with STARS allowing us a different choice of Hoosiers to pick from.”

Joe said, “Mike Mullen, Kelly and myself got together and started to get the ball rolling after the season. We reorganized so that we could have a local feel again for our cars and a national rule set that allowed others to come and play. We also had no way of getting new venues or other tracks as we had no real organization since the ESDCA disbanded. We needed to have a group so someone could reach out and get a hold of us for future races.”

Continuing he explained, “In order to grow again we need to put forth an effort to show our cars off and PR the heck out of our division. Our selling point still is that it’s one of the cheapest forms of racing as we have estimated that you can run pretty competitively for $2,000 to $3,000 after the initial cost. Basically we got complacent because just a few years ago the amount of cars we had did all the selling for us. We stopped trying to build up the division and with national rules again we had little to do with our local stuff anymore.”

Growth is critical to a class that has been a crowd pleaser in the past.

Joe noted, “Our expectations for this year are to increase the car counts from last year and get a few more tracks involved to try to build interest back up in our division. We should have 14 to 16 regulars at Brewerton with a handful of cars that will be sprinkling in from here and there. So we should have at least 14 and getting 20 again is not far fetched as there are some sitting around that we are trying to get back to the track.”

Continuing he said, “I think we have one rookie right now and I know Matt Magner is returning with one of Lowell Zehr’s old rides. We have a couple of teams that have two cars and there will be some guest drivers in and out of those back up cars. Currently we will be weekly at Brewerton and have a few shows at Fulton. We are still working with securing something with Weedsport and have four races at Skyline set up. On September 15 we are going to have a STARS National race which should draw some of the best in the Northeast. We are also working with the guys up North and there will be a series race for their group at Brewerton and Fulton during the season. We feel we can have increased car counts throughout the year and get better exposure for our class to build on in years to come.

Zehr when talking about this in Florida said, “I sold all three cars with the stipulation that the cars were to be raced at Brewerton.”

The Mod-Lite division has hopefully reached its lowest point.

Garafolo said, “What has caused the demise of the class are two things. The first was losing the local feel for the class and lack of PR for it on our own end. The second is the Sportsmen division. There has been such a big interest in that division they have pretty much dwindled down other divisions single-handedly. The ‘affordable crate Sportsman’ is misleading in name and a lot of people go to that class and get run right out of racing due to the weekly expense. Thus we miss that person who comes into racing at an entry level and gets a feel for racing and weekly costs.”

Continuing he noted, “Like I said earlier we switched to STARS rules which is basically the same as what we had with different tire options and a few local tweaks which we are still working on to get some more cars weekly. So you can get into a starter Mod-Lite for $5000 to $7000, a competitive car from $8,000 to $10,000 and a new one for $15,000 plus.”

The group of drivers and owners in the Mod-Lite division are trying to bring back the class. It may never reached the heyday car counts it use to have, but you get a feeling that this group will in fact keep the class alive and a little healthier.