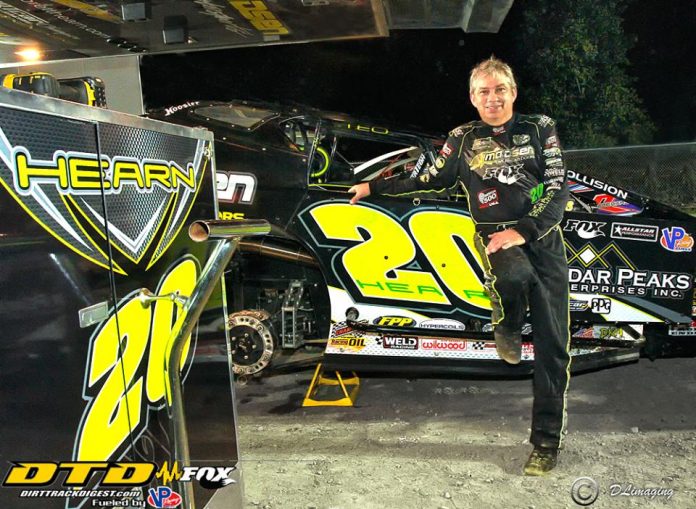 Going into his 44th season of racing, Brett Hearn has done just about everything when it comes to Dirt Track racing. The 59-year-old Hearn still shows no signs of slowing down anytime soon and the drive to win is clearly a big part of him.

This drive to win began back in 1976 with his first taste of victory lane at the Orange County Fair Speedway. But the road to getting there took over a year behind the wheel of his then Sportsman Modified.

Once he tasted victory lane, this naturally born driver captured 12 more wins that year, setting the stage for a storybook career in racing. On that journey, he captured 903 wins to date, with countless championships.

Along the way, Brett would also build up a racing organization bar none in the sport of Dirt Track racing. He has definitely lived his dream.


For 2018, this veteran driver plans again to run the Albany-Saratoga and Lebanon Valley Speedways weekly where he has won numerous championships at both tracks but is still in search of one more. The team is also planning to compete in the Super DIRTcar series along with some special events.

I talked to Brett late last season and he expressed, “the drive to win is still stronger for me and the team. We work hard each and every week to get that next victory. He went on to explain, “I am definitely having more fun these days racing and really have no plans of retiring yet.”

He was already thinking about 2018 and where his team could improve.

For Brett Hearn and the Madsen Motorsports team, slowing down is just not part of their fabric and will roll into the next race with all eyes set on victory lane as they continue to write their history book.