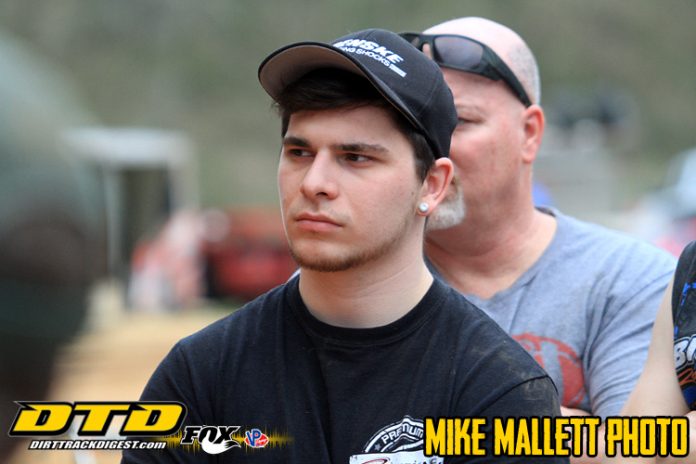 Phil Vigneri III had a strong opening night on Saturday at the Tyler County Speedway during the season opener for the BRP Modified Tour. The Elba, N.Y., driver ran a strong race battling amongst the top two or three all race long before finally settling for the final spot on the podium.

“It’s a really good night,” mentioned Vigneri. “I’m glad to start the year with a top three. I got to thank my guys that came all the way out here with me, my sponsors Wraptile Graphics, Style Designs, Sunnyside Cycle, Victory Oils and Professional Drainage Systems for helping us get a good piece together this year so we could go run a bunch of races.”

Vigneri ran second behind Erick Rudolph until the closing laps of the 35-lap feature. He tried to make a couple of moves to get by Rudolph. After each shot for the lead he’d then fall in line in the number two spot. On the final restart, Jeremiah Shingledecker was able to pull a slide-job on him to put him back to third.  That’s where he finished.

“I knew Erick (Rudolph) was faster, but there comes a point where you have to realize you have a second or third place car,” stated Vigneri. “I didn’t want to throw away a top three finish, but the 37 made a nice move. He got a slide job on me on the last lap. I’m real proud of what we were able to do down here. We have a long way to go until we will win one of these, just seeing the speed Erick has, but it’s a good foot forward and we’ll keep digging.”


Although it’s a long way off, Vigneri was also eager to talk about his first ever promotional effort coming up this summer at the Genesee Speedway in Batavia, N.Y. The Gladiator is scheduled for Thursday, August 16 with $2,000 going to the winner.

“We live real close to there,” commented Vigneri. “My dad raced their when I was young and I just wanted to have a Modified race there. We have my company, Wraptile Graphics and another company, Professional Drainage Systems that came together to get some purse money along with Jimmy Johnson the owner of the track. We’ve discussed doing this in the past years and we were finally able to make it happen this year. It’s kind of an off night. I think we are only track running Modifieds in the Northeast that night.”

The rules are in line with the weekly rules at Woodhull Raceway and Freedom Motorsports Park or outlaw rules as they are commonly referred to. 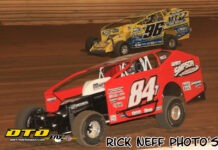 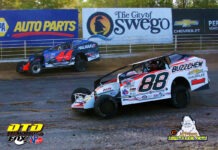