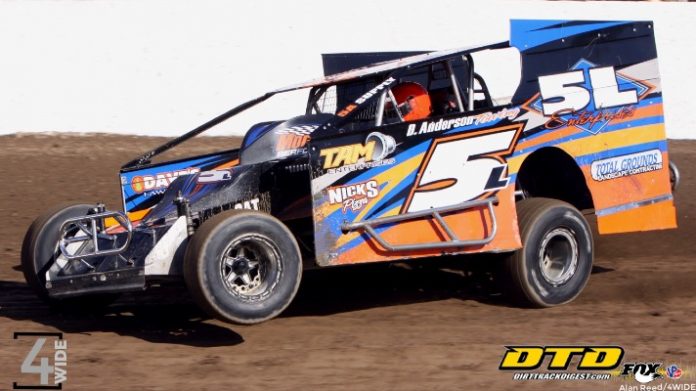 WHO WERE YOUR INFLUENCES ON THE WAY UP?

My first influence was my father Rusty Creeden.  Although he stopped racing before I was born, he set the foundation for my racing.   My second influence would be Timmy Hindley, he put me in my first ever kart ride at the Thunderdome in Middletown. Timmy has always been someone I’ve admired because he is a hell of a driver plus his mind is always working on how to get a car better.  We bounce things off of each other weekly and he continues to be a great mentor for me.

Dom Roselli is another person that has influenced me greatly.  My father used to take me to Moc-A-Tec to watch Dom race. Dom is another guy who taught me the cerebral side of racing, and still helps me out with rebuilding everything.  We are always bouncing ideas off of each other and lending hands back and forth. I always looked up to Robbie Green when i was a kid, our families know each other and he was definitely a guy that was able to get things done in his day.

Donnie Elliot is another one of my influences. Donnie is like a big brother to me, back when he used to follow the 358 Skoal series i would go on the road with him, which gave me my first exposure to traveling and racing.  We still have a great relationship today. Donnie will be the first person in the truck when we go on the road, And has always been a great help.


Butch Tittle is another one of my mentors.  We used to travel with Butch and race most of the places he was running..  Butch has taught me how to get the most out of what we had, especially when we had no sponsors and it was pretty much a family operation.  Through crewing for Butch I was able to learn what it takes to compete against the best teams in the business.

I have been fortunate to have been around all of these guys, and the knowledge I have gained from them is priceless.

WHAT DO YOU DO TODAY THAT YOU CAN POINT TO AS BEING FROM YOUR INFLUENCES?

I learned from all of them the importance of maintenance, which has allowed us to reach  this level of racing and hopefully the next one up. Staying in contact with them has been key, take Timmy for example,  when we talk after we race, a few days later after the dust has settled, we seem to always have ideas for each other. It’s just nice to have guys around with their wealth of knowledge,  especially when we think we are struggling because they have seen it all.

DO YOU THINK YOU’LL INFLUENCE ANY YOUNG DRIVERS?

I don’t know if I influence anyone, but I try my best to help out anyone that comes to me for advice.  A lot of the sportsman guys reach out to me. Corey Cormier is always around and now we have Charles Loidice running a sportsman and we are out of his father Chad’s Shop.  I help out everyone who asks though, it was something that was done for me by my mentors, fellow competitors and my father in law Barry White, so I believe in paying it forward.  Also, a lot of fellow competitors.

WHAT DO YOU THINK OTHER DRIVERS WOULD SAY ABOUT YOU?

I know sometimes my temper has gotten the best of things in the past, but for the most part those days are over. I guess you could ask anyone who knows me and they will say  I never refuse giving a helping hand. I’ll be the first one to run and help out if you come in with a problem you know.

WHAT DO YOU HOPE THE FANS SAY ABOUT YOU?

I hope they enjoy seeing me race.  I take a lot of pride in this , its my life, and I hope everyone can appreciate that.  I hope to see everyone at a track near you soon and bring a friend!

Next Up for Dan Creeden: