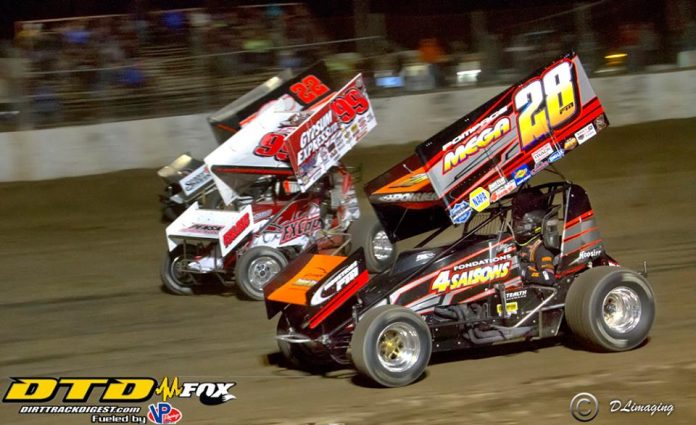 The Empire Super Sprint recently held their second event of the year at the Fulton Speedway’s High Bank Hold-up Weekend on April 27.

It was a very competitive race with Paul Kinney coming from third place to capture the win, a great victory for this Durhamville, N.Y., native.

But there was another win of sorts for veteran driver Steve Poirier of Saint-Mathieu-de-Beloeil, Que. This was his first race back from his sidelining crash at Ohsweken Speedway, and Fulton was a good shake down event for this veteran driver, producing a fifth place finish.

Last September while competing in the annual Ohsweken Speedway Canadian Sprint Car Nationals Steve had a serious flip sending the veteran driver to the hospital. He sustained two small vertebra fractures forcing him to stay a few days in the hospital, but doctors were confident he would make a full recovery.


Well, the doctor’s predictions came true and Steve has fully recovered from the crash. He may be a little rusty behind the wheel, but Steve was in great spirits in the pits before the race, soaking up the atmosphere with friends and fellow drivers.

I asked Steve about getting back in the car for the first time since his incident at Ohsweken and about his schedule for 2018.

“I was happy with my comeback, just not comfortable with my new helmet and neck restraint, but it felt good driving. I’m planning to do 20-25 races, no particular series except the Quebec one sponsored by Fondation 4 Saison. We will go week by week depending on professional obligations,” Steve explained as his workload has increased as the business expands.

The 31 year veteran continued, “It felt good getting back in the car, but honestly I didn’t feel any fear getting behind the wheel. But in recent years. I’m thinking more and more about the risks of the sport before the races.”

It was good to see Steve back on the track. For this talented driver, always a fan favorite, it will be a sad day when he decides to hang up his helmet for good, but by the sounds of things, this move isn’t coming anytime soon. He will surely give fans many more years of racing to talk about.