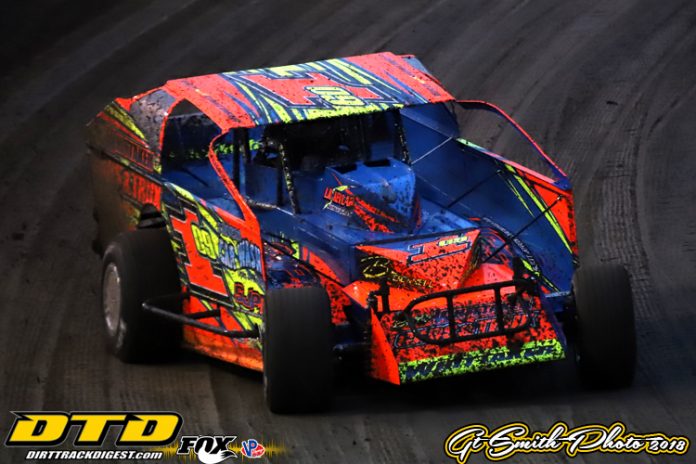 It was just over a month ago that Billy Whittaker made the decision to go all in on a decision to compete weekly in the small-block Modified divisions at both the Fulton and the Utica-Rome Speedways. It didn’t come lightly as it was a decision that would require him to get all the tools and equipment necessary to have his own team. With his big-block team, he’s relied on LJL Racing to support those efforts during their lease agreement and that will continue in 2018.

“I’m committing to a full schedule at Fulton and Utica-Rome,” stated Whittaker. “I have two small-blocks ready to go that are my own cars. I hired Zach Aubertine to do the mechanical work and crew chief work for my small-blocks as well as Rob Tutty to help out. I’m renting a shop from Gypsum; it’s Pat Ward’s old shop. We still have our big-block and we are going to run series as well.”

So with everything set and seemingly ready to get rolling, Whittaker is excited about a season that will see him return to the cockpit twice a week while also being a regular on the Super DIRTcar Series. There is no doubt a lot on his plate for the 2018 season for the Central Square, N.Y., driver.

The decision to run at Fulton Speedway and Utica-Rome Speedway was one that came after some reflection. Whittaker spends weekends with his son so the dynamics of racing Saturday and Sunday work best for his weekend schedule.


“I have my boy Thursday through Sunday every weekend,” mentioned Whittaker. “Friday’s are tough. I wanted to race Saturday night’s at Fulton and that for every reason makes sense for me. My parents can come and my kid can come in the pits and be with them. It’s a family decision to run Saturday night.”

It’s been over 20 years since Whittaker last ran Utica-Rome Speedway as a regular.  Although he does have some history at the facility.  He became the youngest ever to win in the Modified division. He was 19-years-old when he won the feature on July 4, 1993. His return was made possible by the addition of Aubertine and his family schedule.

“Sunday my boy goes home at 5 p.m. opening up a window. I’m not going to touch the car on Sunday, that’s why I hired Zach. The guys will prepare the car and I’ll meet them at the race track. I’ll get there in time to run hot laps. Sunday’s works for me, my family and business wise so we were able to make the commitment to do it. Overall I think the two nights will really help my small-block program.”

Whittaker will need some adjustment time with the change to small-blocks. He knows driving a big-block versus a small-block engine combination will be completely different. He ran the small-block circuit back in the early 90’s but hasn’t competed regularly since he got back into racing three years ago.

“I got a good group of guys, good equipment and we are setup to have some fun,” added Whittaker. “We know there are going to be challenges. It’s a whole different ballgame. There is some adjustments and learning that is going to come into play. I think it will make me better though as a race car driver. The ultimate goal is to contend for championships and win some races.”

On Saturday night he made his first start at Fulton Speedway in the small-block finishing third. It wasn’t the finish he wanted but was a good start to the season in Central New York after a tough go of it at the DIRTcar Nationals in Florida.

“We were just a tick off,” mentioned Whittaker. “We were fast, won the heat, started third and finished third. We got some handling things we need to work on but we’ll get there. I’m still adjusting. I’ve definitely got some things to learn with the small-block.”

This weekend Whittaker will get his first taste of back-to-back action, if Mother Nature cooperates, as he’ll be at the Fulton Speedway on Saturday night before heading to the Utica-Rome Speedway for the New Yorker 100 for the DIRTcar 358-Modified Series.