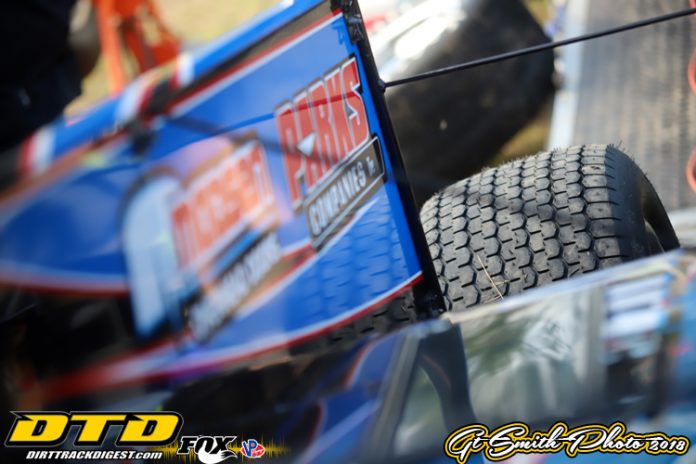 Spending the bulk of his time running the NASCAR Truck Series has probably helped Stewart Friesen upon his return to big-block Modified racing.

On Monday night Friesen led every lap of the Heroes Remembered 100 at the Weedsport Speedway and despite a late race threat from Max McLaughlin the Sprakers, N.Y., driver captured his sixth Modified main of the 2018 season.

Riding his DKM, Billy the Kid powered Halmar 44, Friesen overcame the obstacle he has faced at Weedsport since he was a young up and coming driver..the track.

Explaining he said, “This is just a challenging, tough place. It has always been a tough track for me and a thorn in my side for many years. The track is old school Weedsport where I struggled back in 2005.”


After winning his heat he drew the outside pole alongside the legendary Brett Hearn.

He elected to go to the high-side for most of the event and talking about his reasoning said, “I watched them during track prep and the outside looked good. I couldn’t believe how good it stayed and for so long. I was just rolling and rolling. I was able to maintain excellent rhythm throughout the race.”

However, young McLaughlin was having a pretty good run himself and worked his way into contention just before the halfway point.

The eventual winner noted, “I saw Max’s nose and had to calm down a bit. I had to go down to the bottom and defend. I couldn’t get my rhythm at first. Max is a good kid and a really great race car driver. He is a heck of a wheelman.”

Friesen also cited the DKM chassis he has been running. “The guys have been working hard the last three or four years working on this and we had something no one else had so I figure it must give us a little advantage, “he said.

Continuing he noted, “We just have a great package right now. We have the team and the resources to complete to win every time we go out.”

The truck-mod veteran also feels that the time he is spending on the asphalt tour is helpful. He has had success in the truck series and in just a couple of asphalt late model shows, set up by Gary Balough; he has been near the top of the field.

Friesen said, “I think the pavement stuff had helped make our Modified team better. We are focused much more on details. The stuff I’ve learned in the truck and Late Model can be applied to what we are doing.”

The No. 44 is the lone big-block the team currently has in Friesen’s racing stable, but it has been highly effective whenever Stewart and the Halmar group are able to get it to a dirt race track.

On Monday night Friesen lived in both worlds as at one time as he had a five second lead while at others the 6H was trying to pull up alongside him.

Fans saw a solid race for the lead as the lead duo used the entire width of the track in an effort to get to the checker flag first.

Friesen said, “Weedsport is not my favorite race track”, but any time you can take home $7,500 for a win you know that you got the best of the track that night.