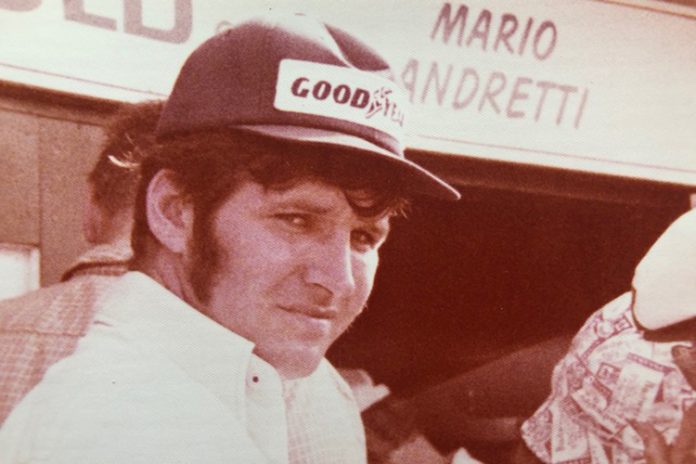 Friday evening we arrived late to the Great Race Place, 7:00 pm. And to say they had a great crowd would be an understatement. They had a giant crowd. We parked as close to Route 9 as you could without being on Route 9 and when we left after the event we saw that some fans did park along Route 9.

We went to the pits first before making our way to the tower and from the time we entered the tower we saw some of the best racing we’ve seen this year. Each feature had its own excitement. For many fans the highlight of the night had to be the Modified feature when two champions Kenny Tremont and Brett Hearn had the grandstands on their feet for the second half of the event. For the first half the two diced their way to the front of the field where they then waged a two-man battle for the win. Lap after lap they went back and forth swapping the lead. Each held their line knowing that one mistake would give the other the win. At the end Kenny Tremont was in victory lane for the 74th time at the Malta oval.

So far this year Albany Saratoga has had two Modified shows for the books, Friday night’s show and the season opener that Tim McCreadie won and took home $7500. Friday night Tremont got an extra $1000 bonus sponsored by Amsterdam Trailer Repair. Tremont and Hearn have combined wins over 200 at the track. Kenny Marshall stands at his post with microphone in hand as the pit announcer at the Great Race Place on Friday night. Marshall’s father, Paul was a champion racer from the 1950’ and 60’s, so Kenny has been around racing since he was seven months old never missing a race at Fonda until he went into the military in 1970. Marshall served on the aircraft carrier USS Forrestal as Flight Deck Director when the ship served as air support in Vietnam. Marshall’s love of racing has put him in the position to serve in many capacities at tracks up and down the east coast; G.M. at East Bay in Florida, Putnam County, also Florida and Kenny has served as flagger for many tracks and organizations. He currently lives in Winter Haven, Fl., in the winter months where he of course is involved in racing by helping with a Sprint car team. When the weather warms up in the northeast he then tows his camper up north for the summer. Marshall was inducted into the N.Y.S.S.C.A. Hall of Fame in 2012. On this Memorial Day Weekend we thank Kenny Marshall and all of the men and women who have served and are serving now in the military. And we remember those who gave the ultimate sacrifice. At 80-years-old Andy Romano is till going strong. Here he is on Friday night at Malta, in the pits busy with his No. 97 Andy’s Speed Modified driven by Peter Britten. Romano is please with his relationship with Britten this season and says no one has a bad thing to say about the popular Australian. Andy Romano is a member of both the Fonda Speedway Hall of Fame (1992) and the N.Y.S.S.C.A. Hall of Fame (2003).

As a kid Ed remembers growing up on Burden Lake Road in Averill Park and on Sunday listening to the race cars on Burden Lake Speedway. The other thing he remembers is scanning the channels on the radio to find the Indy 500 broadcast on Memorial Day Weekend. Year after year he wondered what it would be like to attend the prestigious racing event. Later on he got to see the race on television and still thought about being there. When Ed met Betty they made the trip to Indy the year they were married, 1978. Ed was like a kid in a candy store, trying to look in every direction so as not to miss anything. There was record attendance, over 400,000 people, Al Unser, Sr. was the winner and we got to meet Mario Andretti. At the time Mario was doing very well on the Grand Prix circuit but his day at Indy was not one he wanted to talk about. Mario went on to win the Grand Prix title that year. As we walked by the A. J. Foyt garage we noticed a sign that said it all, “keep to hell out”,vintage Foyt. It’s been 40 years and we will never forget that trip. Sunday we watched the Indy 500 on TV while waiting for the chance to get in some local racing at Glen Ridge but Mother Nature won that one and we lost.

Danica Patrick celebrated the end of her racing career at Indy on Sunday with what she said was a disappointing finish. Although she had a disappointing Indy finish she certainly has made her mark on auto racing. She is the most famous women in racing and has taking the opportunity to move forward with new endeavors in her life. She is pretty much set for life because of her love and dedication to auto racing.

Local racing lost a great friend this past week. Brian Hanaburgh passed away May 23rd. Brian was the former owner of several McDonald’s restaurants including the one in Fultonville that housed the Fonda Speedway museum for many years. We had the pleasure of working with Brian in setting it up and as curators of the museum for the time it was in the McDonald’s.