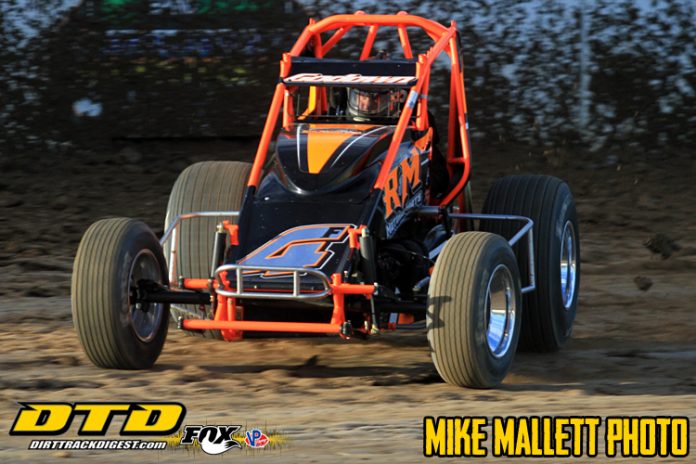 Although Ryan Godown didn’t have the results he would have liked during the 2018 edition of the Eastern Storm for the USAC National Sprint Car Series, the Ringoes, N.J., driver did get to have some fun. Godown competed in three of the six events with a best finish of 12th on Tuesday night at the Weedsport Speedway.

“I like running these cars because they are fun,” said Godown. “That is why we are doing it. I’m happy with the opportunity. I like the wingless. You come here, not for points, not for nothing and you are just having fun. You are trying to get better every time you go out. It seems like every race track we went to our times at the beginning of the night didn’t show for whatever reason. Me, car, motor, but by the end of the night our times got better and we were right there. To hover around the top ten and get in there, I’m pleased with that with only a couple times out.  I can’t thank Mick Wasitowski and Karl Freyer enough for giving me opportunity to run this week.”

Godown nearly had another top 10 finish on Monday night at the Bridgeport Speedway.  Godown indicated that as he was racing forward he ended up packing the right rear full of mud.  The result was a 21st place finish.

Coming into Eastern Storm, Godown had limited experience in non-wing cars.  He ran the wingless division at New Egypt Speedway. He won several features, but those cars are powered by crate engines. He also competed with the USAC East Coast Sprint Series where he picked up a win earlier this year at Big Diamond. With his limited experiences, every time he gets in the car Godown continues to learn.

“We learn every time,” stated Godown. “I’m not saying I’m a perfect driver. We started with crates last year and did well. The second time out we won with the 360. I don’t know if it’s a fluke or we are going to be good.”

Unlike the other 20 entries on Tuesday night at Weedsport, Godown has had the chance to take some laps at the tricky shaped speedway. That experience really didn’t translate as Godown was continuing to learn how to drive the non-wing car while competing against the best in the country.

“I think I would like to have the 300 races these guys have run, rather than it not being my first time here,” commented Godown. “They are used to any kind of track. I watch highlights all the time. They adjust for the race track. They are working with the car every single week, three, four and five times. That’s big. That is like us with our Modified. When you race the same car several nights a week you are going to get better. That is the biggest difference here.”

Godown elected to run a 360 powerplant at Weedsport assuming the track would slick off a bit. He always wanted more experience in driving the car with that motor in it as he prepares to compete in some of the upcoming USAC East Coast Sprint Series events, including one at his home track New Egypt Speedway.

“We wanted to run once during this week to see how close we are handling wise,” mentioned Godown. “What do we need to adjust when we go to the next 360 race? That was the biggest reason why we did it. We knew we would be under powered and it showed in time trials and under handling because those guys have been doing it a long time. We made gains on it every time. To sit to run with Kevin Thomas Jr and Robert Ballou for a little bit, that was fun.”

Sometimes racing is all about results and other times it’s about having fun.  Godown didn’t have the results that he wanted, but regardless he was still able to have some fun. 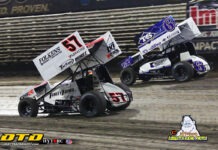