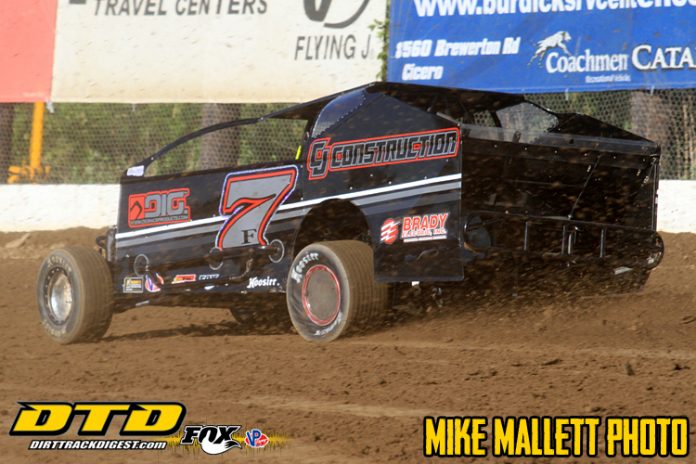 For years the 7F has been a contender whenever Sportsman cars roll into a pit area.

However, 2018 has brought a new quest for the for two-time Ransomville Speedway Sportsman champion.

Tonawanda resident Matt Farnham said, “I have been racing Sportsman for five years, won the past two track championships at Ransomville and was second at Oswego last year. I had been talking about making some changes and felt it was a good time to make the jump.”

So off he went and purchased a new Bicknell chassis and found himself with a new LJL Kevlar small-block motor.”


He’s appeared at the Weedsport Super DIRTcar Series race earlier this season and said, “I had been in the car five times up to that point. It is definitely different, but we are figuring it out.”

Matt noted, “We changed the rear end torsion bars and this is the first time I’ve run a coil over. Dale and Brandon Planck are helping me out and we are moving in the right direction.”

The plan, according to Matt at the Brewerton SDS show, “was to run Fulton tomorrow night and get some seat time.”

Talking about his venture at Brewerton, Matt explained, “I was here two or three years ago for a Sportsman race. It sort of reminds me of Humberstone as it is tight and shaped like a D.”

He’s enjoyed his brief stint even getting his first win at Ransomille recently.  He noted, “I’ve moved up to race against some of the very best drivers, but it is so much more fun. They have much more racing experience, but there is a lot of respect out there.”

Looking toward the remainder of the season he noted, “I just want to finish races and get what I can. Seat time is just so important. I want to run and learn from these guys.”

And so the next phase in Matt Farnham’s career commences.