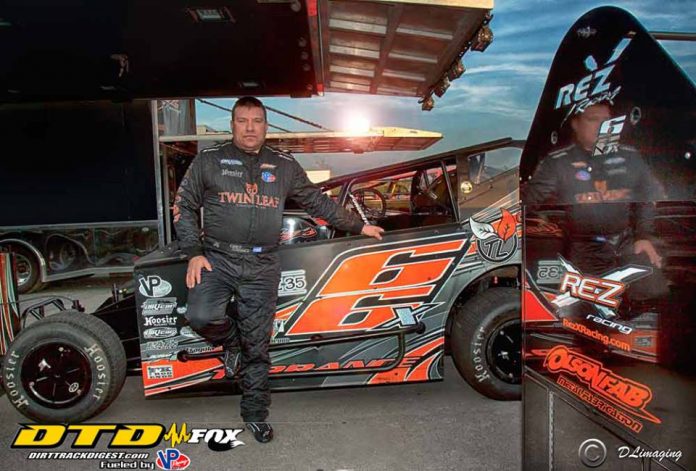 Carey Terrance captured the 2018 season track championship this past weekend, in typical fashion racing — as hard as you can for the win and nothing less. Unfortunately, on lap 26 of the feature race, Terrance was involved in a spectacular eight-car pile up on the front straight away.

Terrance was unable to finish the race, however, he still had enough points overall to take home the championship. This is the fourth time the 37-year-old Terrance has won the championship at the Cornwall Motor Speedway. Even though he considers the track as one of the toughest, Carey clearly has mastered this ¼ mile high-banked oval.

“The season started off slow,” Carey explained. “We had a challenge dialing in the new car, but once we had figured out what was needed, everything fell into place. I also had family commitments early in the season, limiting my time to concentrate on our racing program.”

The 37-year-old Terrance started out racing 16 years ago after he borrowed a racecar from a friend of his aunt. “Dukes” Street Stock was the class Carey raced that one weekend and was hooked.

“They were always so exciting to watch over the years. I always considered them as two of the best Modified drivers.“

In 2014, Carey would once again win the track championship at Cornwall after capturing six feature wins over the season. He would back that up the following year with yet another championship in 2015.

I asked Carey why he is so successful at Cornwall.

“I love racing this track,” Carey explained. “I like running the high groove where it is the fastest. No one likes running up there, but I find it the best place to get around the track without all the traffic involved with running the lower groove. Out of all the tracks I have raced, Cornwall is my favorite. It’s a fast track and a lot of fun to run.”

The 2018 season has been good for Terrance. Capturing the Cornwall championship was undoubtedly a great achievement for him and the team, but with the season moving on to the 358 DIRTcar series chase, I wouldn’t be surprised to see this hard-charging driver challenge for the overall 358 series championship as well.