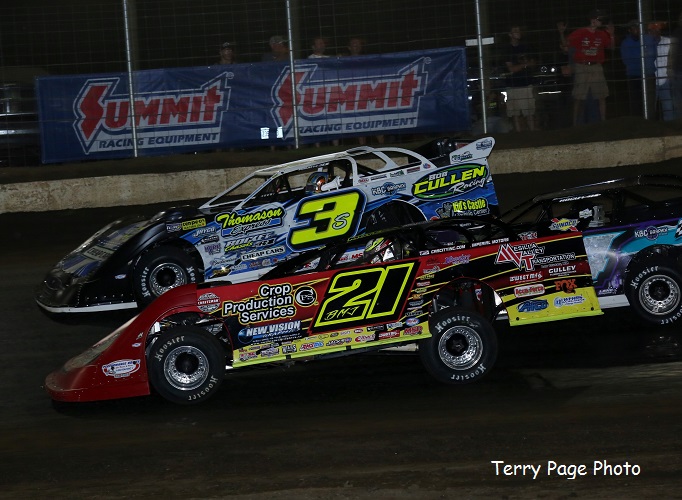 Night 1 of the 34th annual DIRTcar Summer Nationals, previously known as the United Midwestern Promoters (UMP) Summernationals and also known as the Hell Tour, rained out on Wednesday, June 12, at the Peoria (Ill.) Speedway. The $5,000-to-win event for dirt late models has been rescheduled for Wednesday, June 26, the date of the previously cancelled show at Paducah (Kty.).

The grinding tour, originally scheduled for 27 races in 32 nights at 26 different dirt tracks, now moves to the Kankakee (Ill.) County Speedway on Thursday, June 13, for an $5,000-to-win event.

Dick Potts of Morocco, Ind., won the inaugural UMP Summernationals show at Kankakee on July 4, 1986, according to the DirtOnDirt web site’s history page.