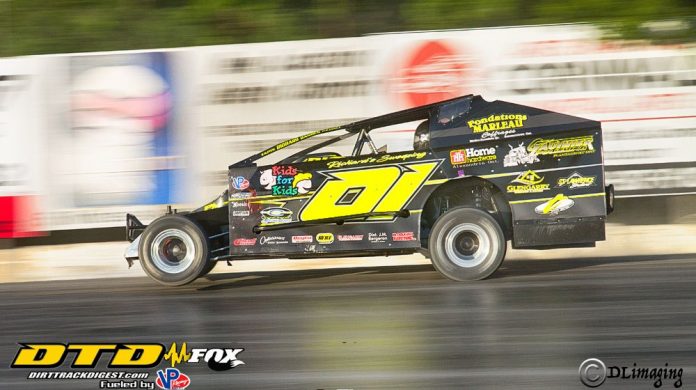 With three weeks left in the regular season, Chris Raabe is looking to rebound after a series of motor issues in the past few weeks, the latest coming this past weekend, which has been sidelining the team. Last weekend, Raabe, who was defending his lead in points at Plattsburg Airborne Speedway, had a commanding lead on the track during the feature when the car slowed to a stop on lap 13 of the feature.

Chris explained, “The car felt good and seemed to be competitive in the opening laps as we were able to get to the lead relatively quickly. Unfortunately, a camshaft failure ended our night.”

This is the second time in past weeks that the team has missed out on a possible victory because of motor issues.


Weeks before the team lost their new Teo Pro Car chassis after being involved in a heavy crash at Cornwall Motor Speedway. That incident set the team back, and now they are striving to overcome this latest set of issues.

Chris, currently leading in the championship points’ battle at Mohawk International Raceway and is running a close second at Plattsburgh Speedway, is hoping to have one of their motors back from the shop by this coming weekend.

Chris said, “loosing two motors at Plattsburgh has been a tough way of giving up the points lead. We will do our best to get back on track.”

Up until this latest set back, the team had picked up two more wins since late June alone with 15 top-five finishes.

Yes, there is a lot of if’s but if the team can get back in the game this weekend, team Raabe will definitely put up a good fight at either track for the championship.