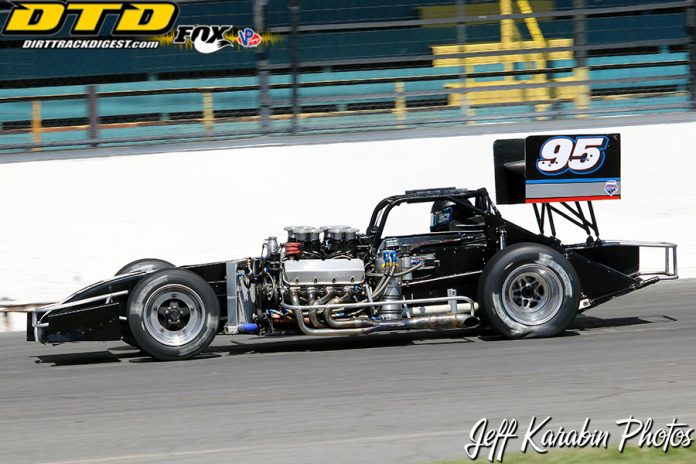 Dave Shullick Jr., and Michael Barnes are two veterans of the Oswego International Classic and both were genuine contenders for this year’s 200 lap edition at the legendary “Steel Palace.”

However, when the afternoon was over, Shullick settled for second and Barnes continued his impressive run of Classic finishes with a solid third.

The duo, much like everyone else, simply chased the rabbit that never tired as they watched Tyler Thompson pull away for his first Classic win.

Shullick said, “I had a fast car and gave it all I could. He (Tyler Thompson) had the car to beat. I actually didn’t think he could make it, but when we got to about 180 I thought he probably could. It is a great finish for us and we were able to bring home some money with a good finish.”

Barnes has three seconds and now three thirds in the past six Classics and, despite the weekend, the team was able to come home once again on the podium.

Michael said, “After the year and the week we had I’ll take it. In fact we were thinking about not even racing today. We had motor problems on Thursday and we made it just in time for time trials. We found water in the motor and Doug Holmes was able to fix it for us.”

And even the 200 had moments that weren’t exactly to Barnes’ liking.

He noted, “In the beginning with a full fuel load there really wasn’t the balance I was looking for and just had to ride it out. I fell back to 15th or 17th and had to wait for the car to come around. The motor got hot about 50 laps in and was about at 240. I started to go as I really needed clean air to run in.”

As he wrapped it up he said, “Well it was a third place car and we finished third. I just need to get some luck in this race.”