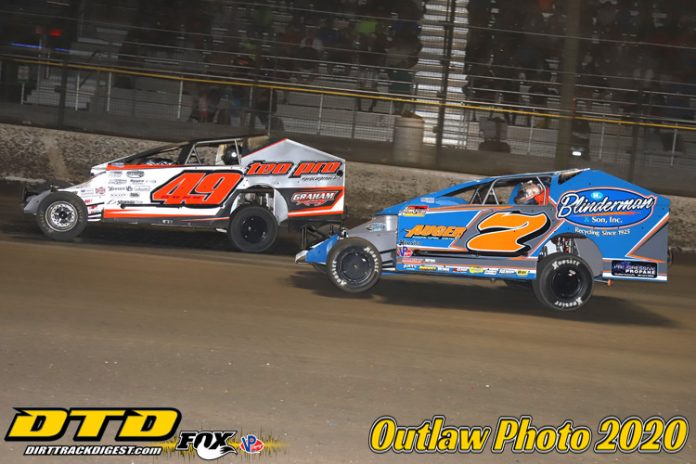 There was something old and something new for Pennsylvania Modified driver Rick Laubach as day three unfolded at the DIRTcar Nationals at Volusia Speedway Park.

The “new” was away from the track as earlier in the day, on the beach, Rick proposed to his girl friend, now fiance, Tara as she accepted the ring.

The “old” is the set up on the No. 7 as Rick explained, “I think we are the only car here not on coils. We have a right side panhard and tonight we’ll go with a left side panhard.”

Laubach hasn’t been unhappy with his car and noted, “We were second fastest the first night and have done well in time trials. We’ve just struggled with the features.”

Once again on Thursday night he was quick in his time trial in being fastest in his group and then won his heat, which included the likes of Brett Hearn, Jimmy Phelps, Mat Williamson, Tim Fuller and Billy Pauch.

He ran in the top five for the first 13 laps, but by the 16th circuit was tenth and as the checker flew he came across a disappointing 14th.

It wasn’t the night that the Laubach team had hoped for.