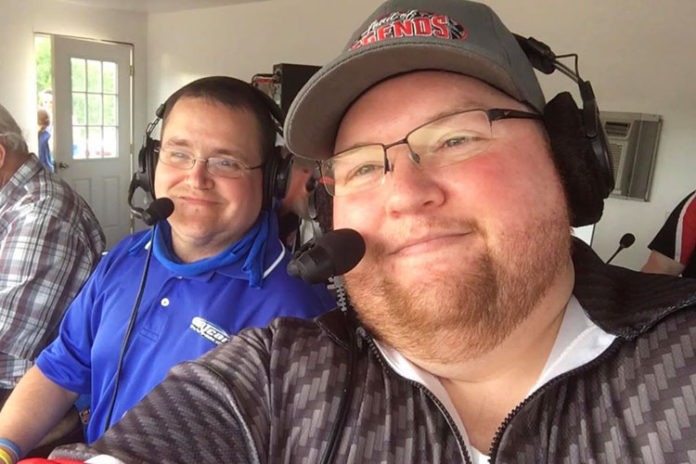 A sight that I have not seen since the DIRTcar Nationals in February, fans in the stands. Thursday night at the Land of Legends Raceway in Canandaigua is a date that will go in the records books at the historic facility as it played host to fans for the first time in 2020 and the fans that were there certainly got more than their monies worth.

Along with my buddies Marty Czekala and Kelvin Lapierre from ROC Sports Network, we took the trip to Canandaigua for the first race with fans in the stands. Everyone we saw while walking the concourse and in the stands were adhering to the CDC and New York State guidelines with masks being worn when being unable to maintain proper social distancing. It was Marty’s first experience at Land of Legends Raceway, and it was the first time in a while for both Kelvin and I.

We sat in the grandstands, in turn, four for hot laps and we were smelling the smells we missed so much, and hearing the engines was “music to our ears.” I felt like I was listening to a symphony orchestra at the grandest music venue on the planet when the engines came to life around the ½ mile oval on the Ontario County Fairgrounds.

I couldn’t tell what was louder, the crowd when asked if they were glad to be back at the track and their excitement about saying “Drivers Start Your Engines” or the actual noise of the motors when they started upon the front stretch after driver introductions. The term “barn burner” could be used to describe both feature events at the Land of Legends. “Gibbz” Matt Guererri won his third feature of the season over Kevin Root in the Sportsman while in the Modifieds, Lightning struck for the fourth time as Larry Wight won over Erick Rudolph.

I went to the tower to see fellow announcer and friend Steve Ovens and was finally able to check out their set up for Land of Legends TV. It was quite impressive, and I was thrilled about getting the chance to call a few heat races with Steve. It was exciting for me as I was finally able to give a checkmark to calling some action at Land of Legends. Thanks to Steve for allowing me to be on the microphone as I know one person for sure who was smiling down on Canandaigua Thursday night, the late Gary Montgomery as a couple of his prodigies were behind the mic.

As said earlier, it was the first time in several years that I was able to be at Land of Legends for a race and I was amazed at all the improvements that promoter Paul Cole and his staff did. I loved being able to stand in line at the concessions and being able to watch the monitor so I didn’t miss any of the action on the track and hearing Doug Elkins on the mic as well was pretty cool to see and hear.

It is not every day that other track officials, members of the media are able to sit back and be fans for a night. I have been going to the races since I was two weeks old and I had the biggest smile on the face when we pulled up to the gates all the way until I got home. The racing was fantastic and the atmosphere was electric all night long.

We can only hope that in the days and weeks ahead, we are able to be at more racetracks. Whether it is streaming online or if the grandstands are open, support your local track. It is with the fans’ support that the promoters are being able to give us a racing season and a feeling of normalcy during these unprecedented times.