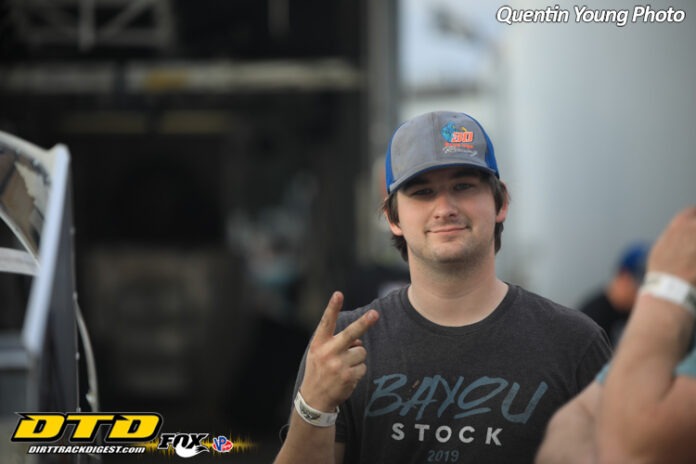 Louisiana based Brandon Hightower is the chicken in the gator pond at Bubba Raceway Park.

Hightower is a newcomer to the Yankee Modified division.

The class has made a strong impression on him and Hightower will become recognizable as the ’21 season progresses.

Brandon said, “I guess you could say I am diving in head first. I will be driving big-blocks and small-blocks on the Super DIRTcar Series as well as the Short Track Super Series with Eugene Mills. I am moving up to Delaware to race this year.”

He was instrumental in getting the Mods to Chatham Speedway and then back for a late season Louisiana swing, but unfortunately he didn’t get to race in November.

Looking back at that time he explained, “I broke my collarbone and shattered my shoulder and that was it for the year.”

Hightower purchased a Mills Modified and the B52 will be on the road throughout the Northeast this year.

Of his first exposure to a Mod at Bubba he was slowed with motor issues and noted, “We borrowed a motor from Mills for the rest of the week. The track is different and in practice there just wasn’t enough room to pass. It was a narrow racing groove. I have a lot to learn and it is a big learning curve, but I am definitely looking forward to it.”

Over his career he has run Super Late Models and NASCAR Trucks and Xfinity.

Now is the next adventure in his racing career and he has definitely as he said he’s “diving into the deep end.”