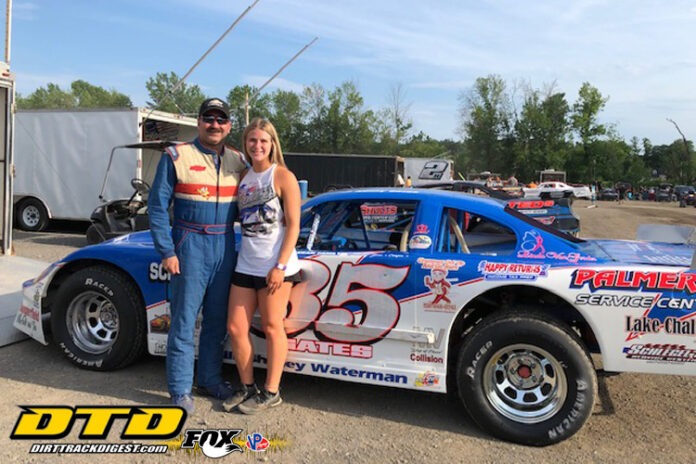 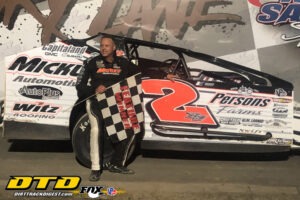 On Friday at Albany Saratoga Ronnie Johnson recorded his first win of the season and also took home the $500 bonus, in tribute to his father, by leading lap 12 of the feature.  Johnson started 13th and by lap 12 had the lead and held off the charges of Anthony Perrego to take the win and dedicated the race to his late father Jack who passed away April 1 of this year.  The Modified feature was led to the track by a No. 12A driven by Larry Lawler.  Prior to night’s racing three of Jack Johnson’s former sponsors, Frank With, John Engle and Bryan Roberts chipped in to created the $500 bonus for the leader of lap 12. 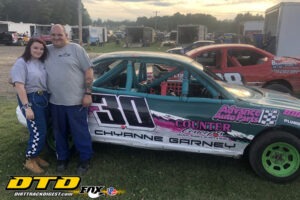 Chaynne and Robert Garney is a father and daughter team racing at Albany Saratoga, Chaynne in her second season and Robert in his ninth season in four cylinders and leads the points in the single cam division and his daughter fifth.  Robert has also raced at Devil’s Bowl and Glen Ridge and says that maintaining two cars limits the amount of racing they can do.  There is also limited sponsorship for the duo which also puts limits on their racing.

Prior to sitting behind the wheel of a race car, Chaynne tried dancing and  soccer but when she first tried racing she knew that she loved it even though it was a bit getting used to how the car felt.  “I thought I was going to rollover,”  Now, “I wave at my Dad when he passes me on the track,” said Chaynne.  It’s great to see a family enjoying racing and Chaynee says it keep her out of trouble. 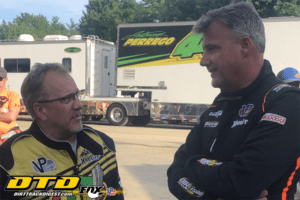 There was a visiting Pro Stock driver at the track on Friday. DIRTcar CEO, Brian Carter came up from DIRTcar headquarters in North Carolina to turn some laps competing in the division at Albany Saratoga and Lebanon Valley.  We caught this shot of Brian talking with Kim Duell, who as a Pro Stock driver with 40 years of experience could give him plenty of tips.


On Tuesday, July 13 is the rescheduled Super DIRTcar Series event the Horsepower 100 plus Sportsman.

Stewart Friesen had a busy 24 hours on Saturday, first competing in the NASCAR Camping World Truck Series at Pocono International in Pennsylvania and then making it back to Fonda in time to compete in his qualifying event and main event, where he once again made it through the field from his 12th starting spot to record his seventh win at the track this season, bringing his total at Fonda to 75.  Following Friesen at the line was Rocky Warner, Adam McAuliffe, Jack Lehner and Bobby Varin.

This past weekend was a busy one for high school graduations and we ran into just two of them at Fonda on Saturday as we strolled through the pits.

Hayleigh Gates was with Uncle Ken Gates as part of his crew and Ken says she does whatever is asked of her, especially things he doesn’t like to do.  Hayleigh said she took Ken’s backup car out on practice day to see how it felt and she loved it and is now looking forward to her next chance at more laps.  Hayleigh will attend Paul Smith College in the fall as a Freshman in their Wildlife Management program. 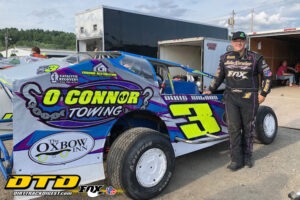 Tanner Warner is the son of Rocky and a third generation driver who has had experience in racing from an early age in the starter divisions and has wins under is belt at area tracks. Tanner made history at Albany Saratoga when he won his first Limited Sportsman event on September 19, 2020.  He also has a win at Glen Ridge in the Limiteds, September 6, 2019.

Tanner is another of our high school graduates and currently racers in the 602 Crate Sportsman division at Fonda and Utica Rome.  Tanner is looking at Welding School or joining his father in the landscape business. 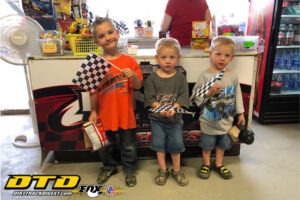 We also visit Mike and Joanne in the novelty stand on Saturday nights and this past week we ran into some very excited young men, Parker, Spencer and Justin; the twins were at the races for their very first time and they were all excited to pick up their checkered flags and get the show underway. 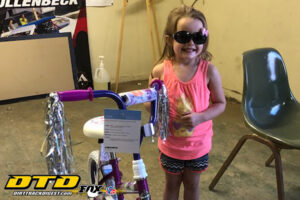 This weekend kicks off a two-day celebration at the track.  On Saturday, July 3, Recovery Sports Grill sponsors Hall of Fame Night featuring the Thunder on the Thruway Series,$4000 to win Modified feature; $1000 to win for 602 Crate Sportsman and $1000 to win for Pro Stocks.  Also appearing will be the Mohawk Valley Vintage Series.  Notice has been given that, the voice of Fonda, Jim King will be announcing the MVVDMS events.

Inductions for the Hall of Fame 2021 will start at 3:00 pm at the museum on the fairgrounds and will include drivers, Phlan Hart, Russ Flint and David Towns; Car Owner, Bill King; Track Contributors: Chris Fain. The Fifth Annual Bruce Dostal Dedication to the Fonda Speedway Museum Award will go to Adam Fusco.

Then on Sunday, July 4 the Fuccillo Automotive Group will present the Bob Hilbert Sportswear Short Track Super Series (STSS) Fueled by Sunoco Modified “Firecracker 50” $10,000 to win plus the STSS Crate 602 Sportsman $2,000 to win event along with a Fireworks.

We look forward to the upcoming Independence Day Weekend complete with Fireworks so until next week please send all news and/or comments to biittig@yahoo.com