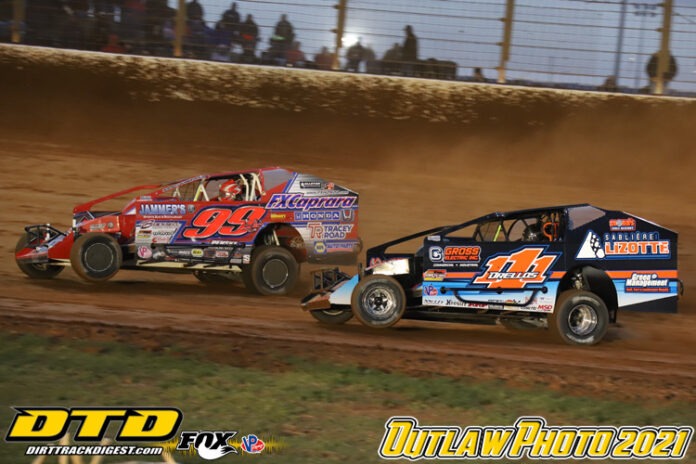 One finishing position in a qualifying race might have determined the outcome of the night for Queensbury, N.Y. Modified driver Demetrius Drellos.

The fans saw a crowd pleasing battle in heat action between Larry Wight and Drellos. They raced side-by-side, wheel-to-wheel in this high speed palace. In the end, Wight went to the draw and Drellos earned the 10th starting spot.

At the end of the night, there was Drellos in fourth place on the finishing chart.  Though happy, there was a feeling he could have done better.

Standing alongside his car after the 40-lap feature, Drellos said, “This is a new car we just finished this week and we have a new Billy the Kid motor. This is the best car I have ever had here and this is the fourth time we’ve been here.”


Continuing he noted, “The car was just moving forward and the feature was really racy. We were seventh on that last restart and I got to fifth on the green. We got one more car.”

Looking back at the heat he said, “I missed the draw by just one spot and had fun battling Larry (Wight) and was looking forward to doing the same thing in the feature.”

However, that 99L and 111 battle never materialized and he settled for a well earned fourth place.