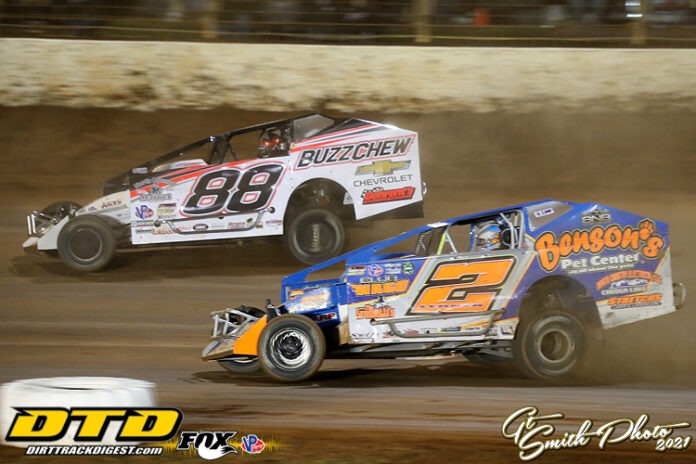 Jack Lehner had a quality showing during Friday night’s 40-lap Super DIRTcar Series event at The Dirt Track at Charlotte. While a late yellow hurt Lehner en route to a seventh place finish, Lehner spent most of the race in the top five.

After starting third, Lehner went to second on an early restart. From there, Lehner spent nearly half the race in the runner-up spot.

“Luckily, things went my way on that first restart,” Lehner said. “Yankowski got under McLaughlin and they both sort of slid up the track. I entered high and turned it down under them and drove by super quick. Track position is big on these fast tracks, so getting some clean air ahead of those guys was a really big help.”

Relative to all except race winner Alex Yankowski, Lehner has little experience at the track. An appearance at the World Finals in 2019 is Lehner’s only other showing at the track prior to Friday’s race.


“It’s been tough to build a notebook because the track has been wildly different all three races I’ve ran here,” Lehner noted. “One time it was really hard on tires, and the other time it wasn’t really. We just cut our tires up a little less and a little shallower here since in most cases it seems to wear a little more.”

Friday saw a heavier track than usual for Charlotte, which led to some split decisions on teams for tires. The last yellow went in favor of some teams, but not Lehner.

“We went with a softer tire and it bit us at the end,” Lehner stated. “Some guys went harder and they were really good at the end, we just didn’t pick the right one. Like I said earlier, this place has been different every time we’ve raced here, so it’s a tough place to know what to do for tires.”