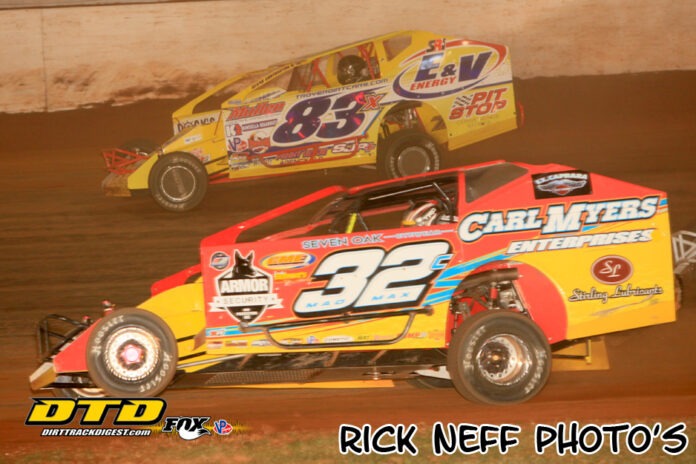 Coming off a fifth place finish on the first night of the World Finals, Max McLaughlin had high expectations for the final feature of the 2021 season.

However, the night started off less than desired.

A seventh place run in the heat sent him to the last chance qualifiers.

Asked what happened, Max said, ‘I was horrible. Honestly horrible”.


The last chance race saw him finish just four laps and he ended up with a 15th place finish.

It appeared the night might be over, but he was a provisional so back in action he went.

Between the prelims and the main, Max said, “We changed a lot. We put our heads together with several other people and came up with something that was completely out of the box and it worked.”

He started 30th on the grid and a track that appeared was going to be difficult to pass on.

Max noted, “We decided to run the bottom and it was working for us.”

He had worked his way to fourth and appeared to be moving, but suddenly bad luck hit.

“I was trying to go under Mat Williamson for third and the tire simply gave out. The run was over.”

McLaughlin doesn’t believe in such a thing as a morale victory and said, “I am never happy when I don’t win. I am a sore loser, but I won’t give up. The car was definitely too free over the last 10 laps and it was just a bad break for us.”

When starts were tallied Max ended up seventh on the grid, but he put on a show that was outstanding. Unfortunately, he had nothing to show for his tremendous drive and the brainstorming that got him in that late race position.