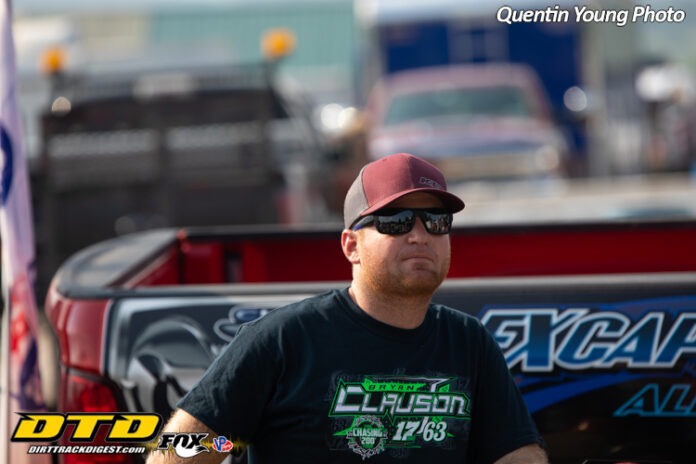 The Chili Bowl is one of the biggest racing events in North America, and quite possibly the world. Drivers from all forms of motorsport strap into a Midget in the hopes of being one of the 24 cars lined up on the grid for the Saturday night A-Main. Many drivers out of the Northeast have gone west to seek the Golden Driller, but one driver has spent more time in the Tulsa Expo Center than most is Billy VanInwegen.

VanInwegen is no stranger to the experience at the Chili Bowl Nationals. Before he started racing himself at the Tulsa Expo Raceway, VanInwegen traded a steering wheel for wrenches.

“The first time I went out there was in 2010,” said VanInwegen. “I went with my good friend Ryan Smith when he was driving for Steve Buckwalter out there. I tagged along from there, it’s my favorite event of the year by far. You simply cannot match the feel of the event. I spent a lot of time working on Buckwalter’s cars, and I am very fortunate to be able to participate in the event as a driver now.”

“I’ve ran the No. 0 car both years I’ve been out there, but getting the chance to take the No.25V car this year will be fun this year,” said VanInwegen about the car change.

Getting ready for the Chili Bowl in the Northeast is a difficult task, especially in New York. Wingless racing of any kind hasn’t been prominent in the state, especially when it comes to the Midget class. Preparing for such an event like the Chili Bowl is difficult by itself, especially when racing seat time in a Midget is often a far drive away for many New York stars. However, VanInwegen’s diverse seat time across multiple classes in the Northeast has helped him get acclimated to the Midget and racing on Tulsa’s tight and treacherous quarter mile.

“There’s been a lot of guys from the Northeast that do well out there, especially in recent years,” said VanInwegen. “The racing out there does compare to an extent to what we do here. Modified drivers from up here tend to do very well with the kind of racing there is out in Tulsa. The wingless Sprint Car racing I’ve done over the past few years has helped myself and the team out a lot in terms of seat time, comfort, and confidence.”

VanInwegen has been on the precipice of success at the Chili Bowl. In the last two years he raced the event, he’s come within one spot of making his preliminary night feature twice in the B-Main. Making the Chili Bowl preliminary A-Main is instrumental in attempting to qualify for Saturday’s feature event, especially considering that entries for this year’s event are well over 300 cars at the time of writing.

The Chili Bowl is a very expensive trip to make, especially for a team out of the Northeast with all of the travel and running costs. VanInwegen is grateful for the opportunity he has been provided, and looks forward to making yet another trip to the Chili Bowl

“This wouldn’t be possible without the help of many great partners. Johnson and Conroy Insurance Agency, Thunder Mountain Speedway and The Turn One Tavern, and NG Promotions have all been a huge help this year. We’re still looking for some partners to join the team for our run at the Golden Driller.”