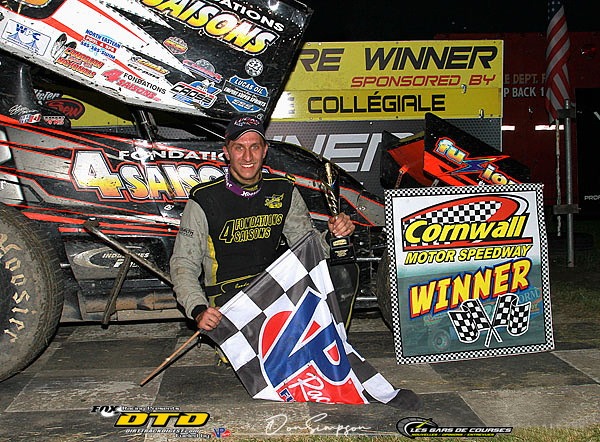 Poirier, a name well recognized in the world of Sprint Car racing, but this time it was not Steve Poirier making waves on the track this season, but his nephew Jordan Poirier. 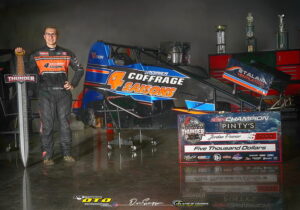 This past season, Jordan not only won the inaugural  Pinty’s “Nights Of Thunder” 360 Sprint Car series, but he dominated it. Poirier finished 57 points ahead of Ryan Turner in the final championship standings, earning $5,000 for the title.  Out of the 13 events on tour, Poirire won eight of the events along with 12 top-five finishes.

“Wow, what a season,” said Poirier.  “I am so excited still about what I have achieved. But all of my success could not have happened if it were not for my girlfriend Chanelle who has given me so much support, my family, Mathieu and the rest of our small, but close team. Lastly, our sponsors because without them, I couldn’t have done it.” 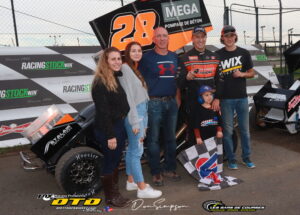 Jordan has long been associated with the Lighting Sprint tour which runs throughout Quebec, Ontario, and New York. The past few years, Jordan has also campaigned the team’s 360 Sprint Car at select races. This past season was finally his breakthrough year in 360 Sprint Cars.


To get to this point in his racing career, Jordan worked hard over the past decade, learning the skills needed to take on the best in the world of 360 Sprint Cars.

The success of the 2021 season began back some 14 years ago, with a simple action by Jordan’s grandfather Alain Poirier. It was in the early summer of 2008 when Alain offered Jordan to try racing the Mont-Saint-Hilaire Kart track, and from that point on, Jordan was hooked.

For the next two seasons, Jordan raced Karts on asphalt and progressed to dirt in 2011 behind the wheel of his Slingshot. 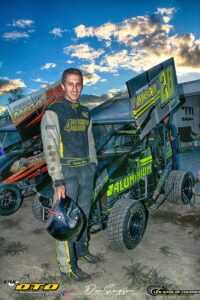 The Slingshots class was a new class added to the Autodrome Drummond weekly divisions and this was the first time in Canada that Slingshot raced as a JR class. That very first race in the Slingshots was the biggest stepping stone for the young driver. Not only did Jordan win, but he dominated the race, using his Karting skills to help him pilot his No. 28 machine to victory lane.

Jordan raced two seasons in the Slingshots along with racing his Kart. Near the end of the 2012 season, Jordan moved up into the SpeedSTR. A big leap in class.

“It was a difficult move since it’s two completely different styles of cars,” mentioned Poirier.  “The SpeedSTR has way more power than the Slingshot and was way better on the dirt side of things. It was a good step to understand how to control the throttle.” 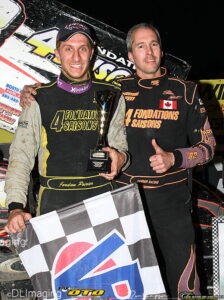 The success continued to grow when in 2016 Jordan won the Lightning Sprint AMSQ championship. But the biggest step in Jordan’s racing career came in 2015 when Jordan stepped behind the wheel of Steve Poirier’s backup car. Steve is an eight-time Empire Super Sprint Series champion. What better way to get your feet wet with the help of such a talented driver as Steve?

The 22 full-time team member Real Douville recalls, “Things got really serious when Steve gave Jordan a chance to drive his 360-backup car. That’s when Jordan realized he had à chance to learn and race with the best.” 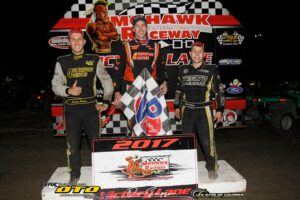 The transition to 360 Sprint Cars for Jordan was a mathematical process where steps were implemented in such a way that Jordan would have the optimum situation to learn.

Yannick Poirier, Jordan’s dad, reflects on how things progressed to that point in his racing.

“From his first race, Jordan has come a long way. He evolved in many series like Go-Kart, Slingshot, SpeedSTR, Lightning Sprint to slowly make his way to 360 Sprint Cars. Jordan got to learn step-by-step as he progressed. I am proud of him and the way he evolved over the years.” 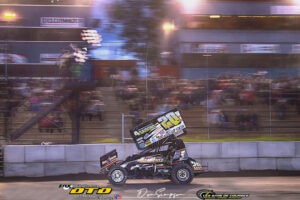 The plan of growing into the world of 360 Sprint Cars bore fruit in 2017 with Jordan picking up his first win in the Sprint Car at Cornwall Motor Speedway. In total, Jordan had three podium finishes that season. From that point on, the young Quebec driver raced double duties, switching seats from his Lighting Sprint to the 360 Sprint.

In 2020 everything came to a stop. COVID ruled and racing was limited. For Jordan, this was a frustrating turn of events. Few races, if any in Canada, hosted the 360 Sprint Car division, basically putting his career advancement on hold. 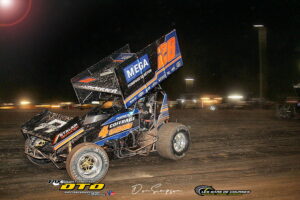 However, things turned around in 2021. COVID was still present and borders were still closed, but the birth of the Pinty’s 360 Sprint Car Series came about and Jordan had his eye on it.

Jordan shined as the Pinty’s Nights of Thunder series unfolded. After a year of pent-up frustration and restriction behind him, he took full advantage of what 2021 presented and wanted nothing less than the Pinty’s championship. 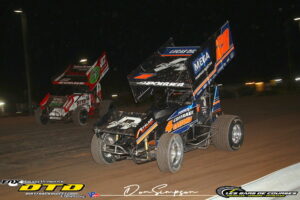 Thirteen events were slated for the tour. Jordan won eight of those races. He also grabbed 12 top-five finishes and this sealed the championship.

For some, Jordan made it look easy in winning the championship. In fact, there were many challenges to the season that went unrecognized. Isn’t that how most championship seasons unfold? You overcome the obstacles and win.

Jordan’s dad, Yannick, explained, “This season was difficult for many reasons. With the pandemic and the restrictions, it was harder to go to the race tracks. Jordan had to drive many hours to race. Also, he didn’t have a huge crew, but with that said, he got to learn by himself and upgrade his driving skills. In the end, all the difficulties brought him success.” 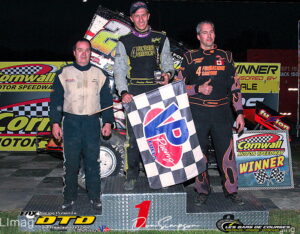 With the pandemic still raging on the 2022 season, let’s hope things will improve, allowing this much-talented driver to continue to write his history book.

In closing, last-minute news about the ESS series, It has been confirmed that Jordan Poirier will participate in as many races as possible with the Empire Sprints in 2022. This is a positive piece of news for Jordan as he strives for the next chapter .by